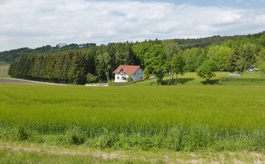 Lush green Austria
15, 16, 17 May
​We overnighted near Munich airport as we arrived late in the evening. Next morning, a public holiday we caught trains to Andorf where we spent 2 nights while preparing the truck for our upcoming travels. Unfortunately Ormocar could not work on our truck due to the Bad Kissingen trade fair and a heavy summer schedule. Maybe on the way back.
​So we headed east with Turkey in mind. 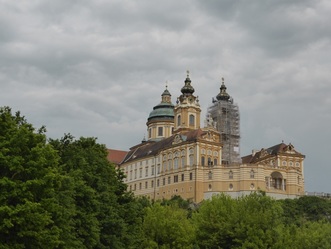 Melk Abbey (Stift Melk)
18, 19 May
Still in Austria our first stop was the Baroque Melk Abbey (Stift Melk) which was built between 1702 and 1736. The abbey was founded in 1089 when Leopold II gave one of his castles to Benedictine monks. A monastic school was founded in the 12th century, and the monastic library soon became renowned for its extensive manuscript collection. The library of the abbey consists of twelve rooms containing about 1.888 manuscripts, 750 incunabula (printed works before 1500), 1700 works from the 16th, 4500 from the 17th, and 18.000 from the 18th century; together with the newer books, approximately 100.000 volumes in total. ​Impressive.
​Lots of Aussie voices heard as the cruise boats pulled up near our campsite. 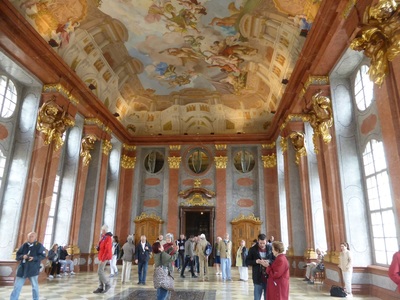 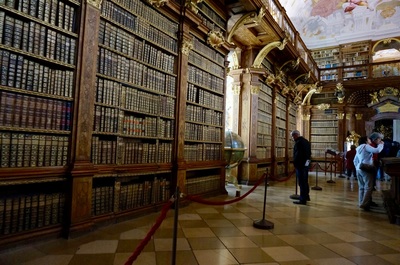 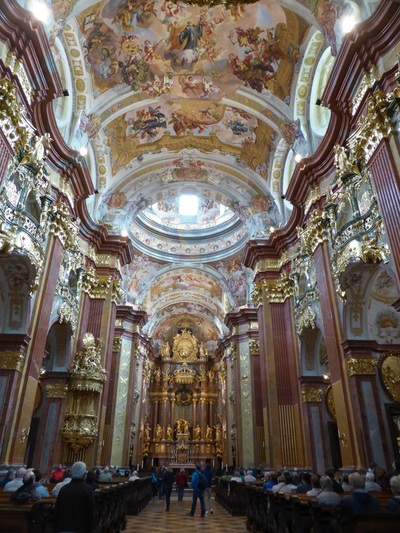 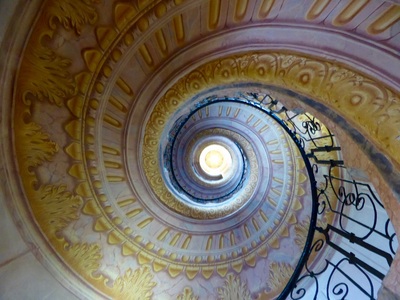 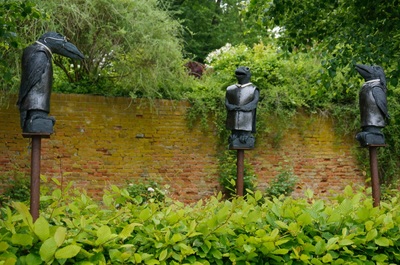 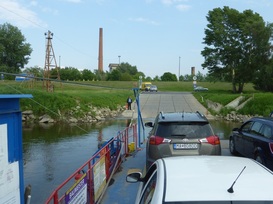 20, 21 May
We crossed into Slovakia by the ferry and set up camp in Piestany. Enjoyed the good weather and spend a day catching up with chores and Guy had to get his rear bike wheel straightened as it had buckled in the cold. Small fair was going on in town on Spa Island.
That evening a Slovakian man with no english came over to give us a glass Slovakian beerstein. We learnt that his son was living in Australia. 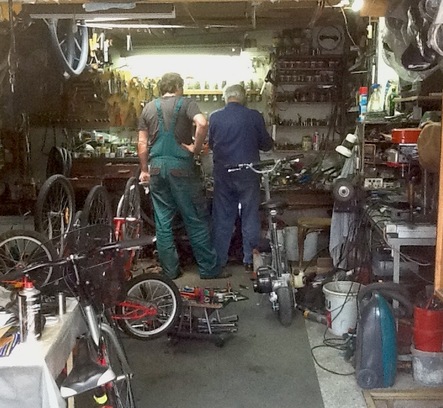 22 May
Crossed into Hungary and drove to a campsite at the base of Sirok Var.
A fine time was held that evening with a Ukrainian man Nickolai. Shots of home made rocket fuel to start, followed by beer and rosé with cheese and sausage. Late start walking to the castle ruins the next morning. 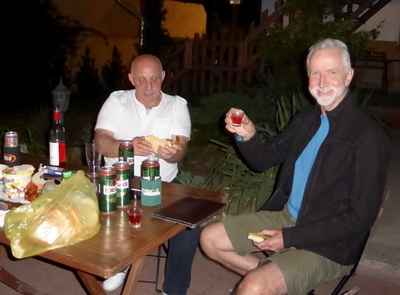 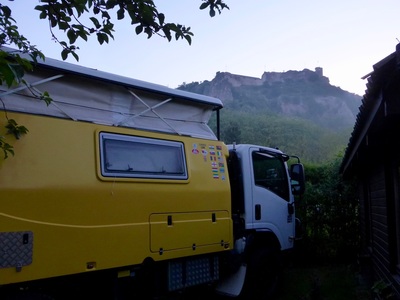 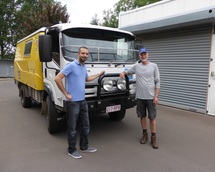 Mate and Guy at Isuzu in Debrecen.
23, 24 May
Drove across the Great Hungarian Plains and past the Hortobogy National Park. Then on the outskirts of Debrecen we saw an Isuzu workshop and enquired about getting some maintenance done. Mate whose english was very good and his crew repacked the front ball bearings and greased the chassis.
​Spent the night at a truck stop just on the Hungarian side of the border with Romania. Ready to start tomorrow in Romania.