6 May 2022   Friday
​Tecate: After joining a long queue along 'the wall' we finally left Mexico and entered the US without any evidence in our passport. On asking for an entry stamp into the US the official said we already had one on 22 March and we were fine until 21 September. This did not take into consideration the more than 6 weeks we had just spent in Mexico. It didn't matter to us this time as we were going home and wouldn't be travelling more than another 6 weeks.
As we had not shipped the Bee into the US we learnt it would be very difficult if even possible to get the right documentation to ship out, so we decided to ship from Canada - a little more driving! The forms we had printed were not able to be submitted. We were told to do it elsewhere and arrange an interview. A Canadian departure it will be! 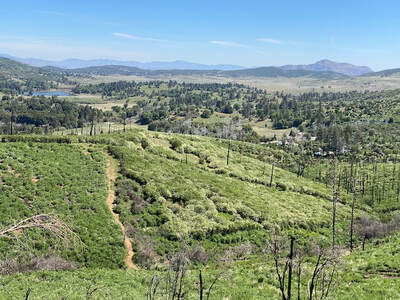 Our first camp in the US was at Cuyamacha Ranch State Park
We stayed in the Cuyamacha Ranch State Park. The area was quite green but few large cedars. We learnt that in 2003 more than 98% of the park burned and due to the intensity of the fires 98% of the conifers and their seeds were lost. Plantings have since taken place.
The campground seemed to have the few wall trees. 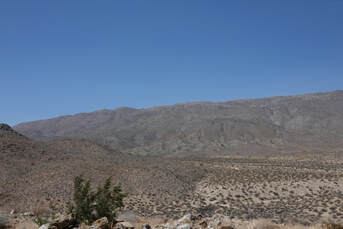 ​The metal sculptures were made by Ricardo Breceda who was asked by the estate owner to make them. Breceda has created 130 structures and claims he has finished the installation. 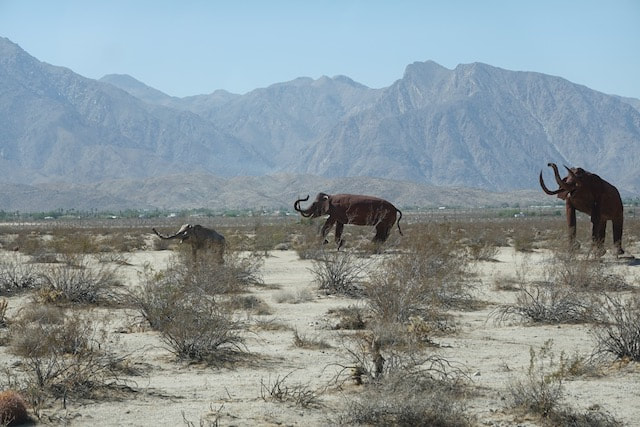 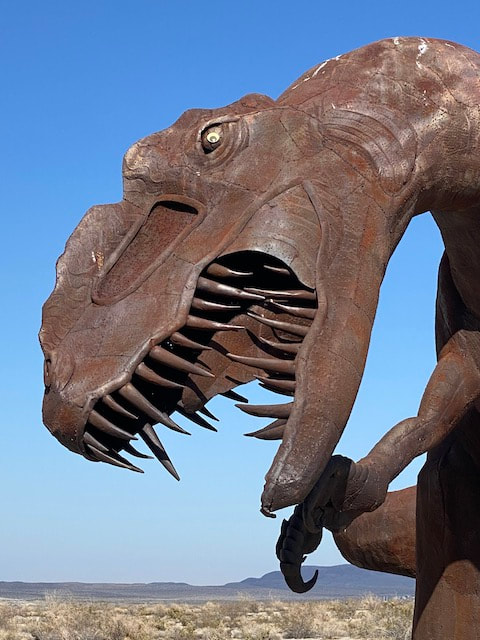 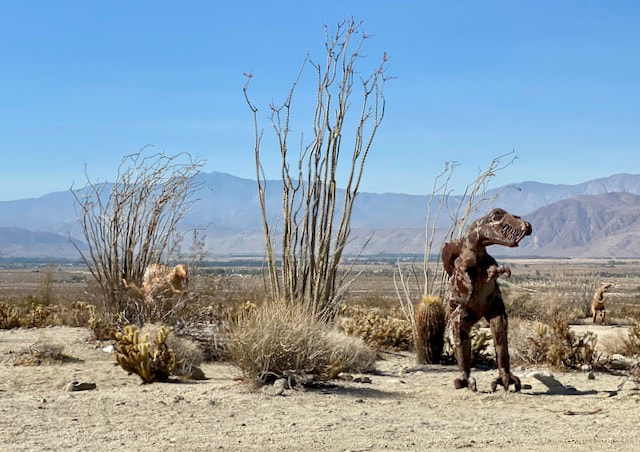 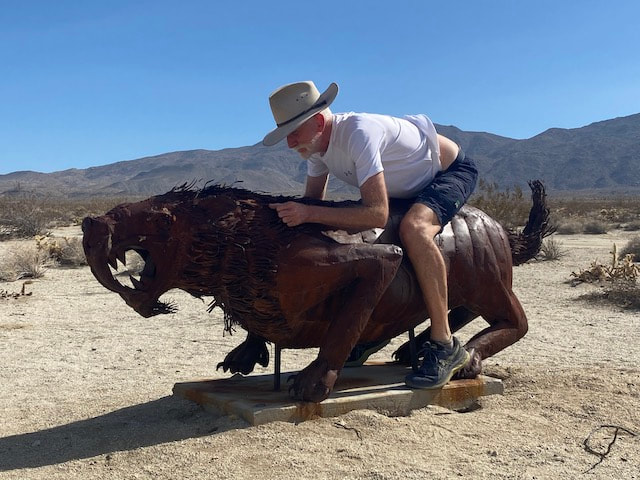 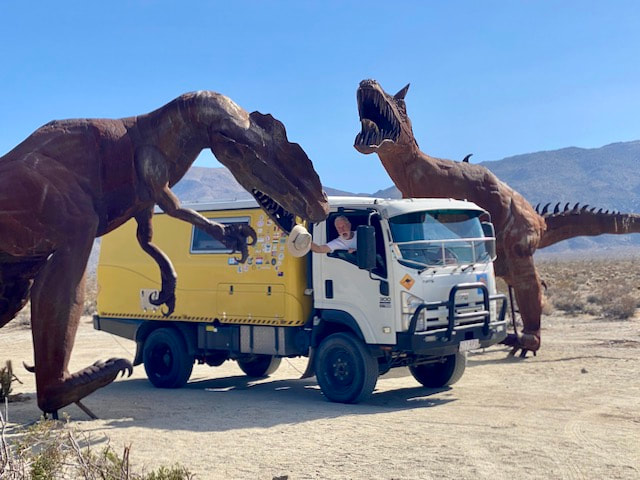 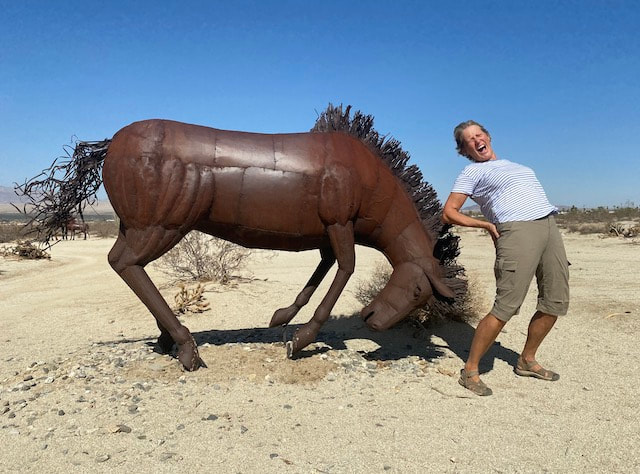 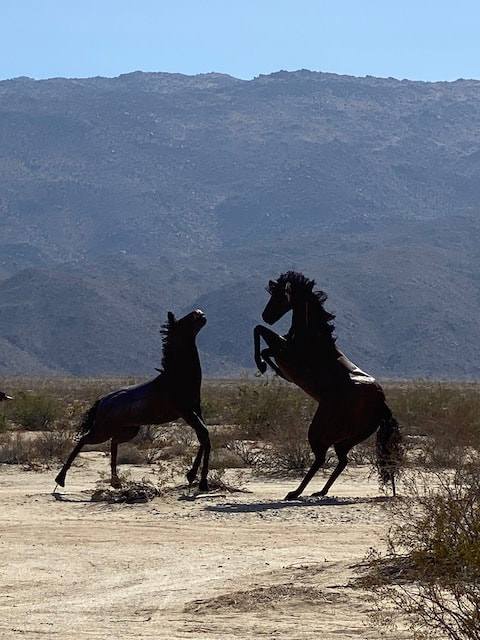 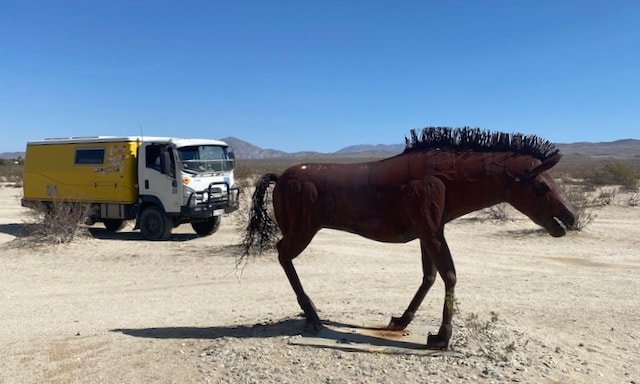 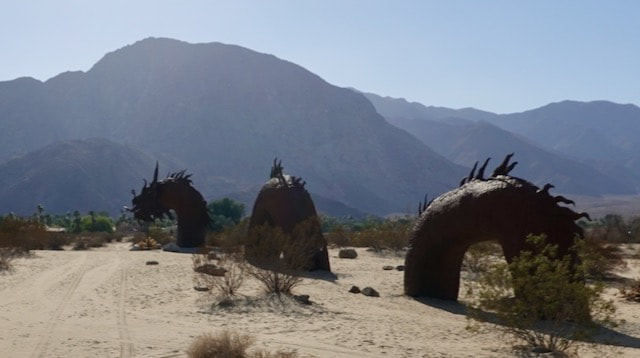 8 - 12 May  Anza Borrego to Santa Cruz
We drove east to pick up the main highway through Palm Springs then towards the coast north of Los Angeles.
East of Anza Borrego Park is Salton City on the edge of the Salton Sea which lies on the San Andreas fault, 71metres below sea level. The current lake was formed by man from an accidental inflow of water in 1905. It would have dried up but grew further over the years from generous farming runoff to became a tourist destination and a resting place for birds on the Pacific Flyway. Contamination from farm runoff caused massive die-offs of fish and birds. Tourism plummeted. Improved farming practices with less runoff meant the lake began to shrink from 1999. As the lake bed has been exposed toxic chemicals have blown ove neighbouring communities. A management program began in early 2021. 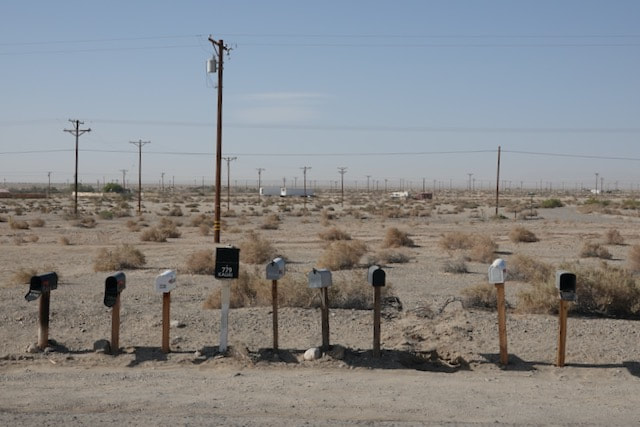 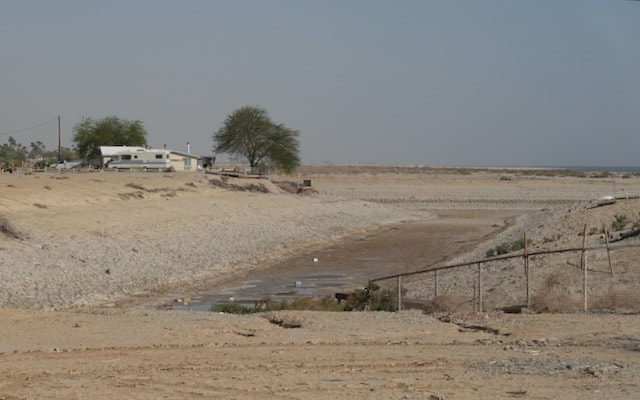 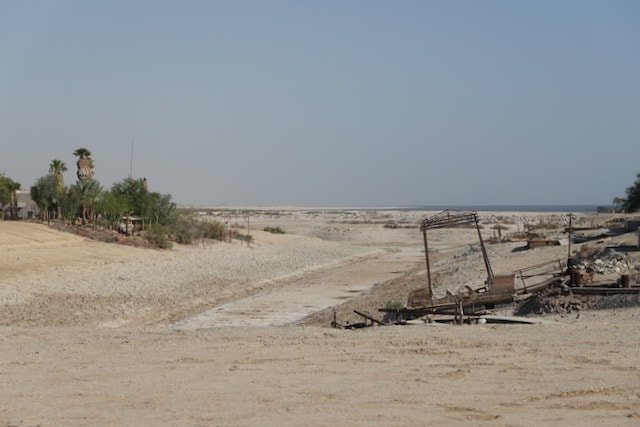 Very strong winds were blowing across from the desert as we drove north. The wind turbines were still.
Guy had been trying to organise new tyres for the Bee. It was proving very difficult to get the specific ones he required. A tyre shop in San Luis Obispo could get them in, so we headed off. An overnight in an overcrowded truck stop in Victorville and another south of Bakersfield followed. We arrived at San Luis Obispo to learn that the tyres wouldn't arrive for nearly a week later than promised. We drove up to the Hearst San Simeon State Park to mull it over.
As we were leaving in the morning we received a call from the tyre shop advising that the tyres had arrived! Excellent, we drove back to get them and enjoy the quaint university town of San Luis Obispo. On our new go faster tyres we headed north to Santa Cruz to meet up with a friend we had first met on a camping tour through South America in 1986/87.
We very much enjoyed the break with good company in the Santa Cruz - Capitola area.
13 - 15 May  California North Coast
Our next stop was the Golden Gate Bridge. Just getting there was a tense experience as we are not used to a six lane highway in one direction. Many cars, few trucks, teslas galore and we passed no one despite going 80 - 85 km/hr most of the time. Stressful navigating (don't want to miss an exit) and driving. But we crossed the bridge in beautiful sunshine and turned off to admire the Bay.