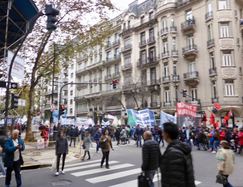 Street march heading towards the Congress building.
8 June 2017
We arrived into Buenos Airies on the Avianca flight at 4.30am. It was cold and we were tired. We paid for a taxi to our hotel in US dollars but the hotel was full and so we waited in the lobby. Too cold to go walking outside and sunrise wasn't until 8am, so we had some breakfast and just waited. Our room was ready at 11am and so we crashed there for a few hours.
Our hotel was good value, comfortable and roomy  and well located to walk. Around 2pm we ventured out towards the nearby Congress Building and the surrounds.
The streets are typically South American in that they are mainly one way and intersecting at 90°.
A street march protesting against the president passed by our hotel with police following. It is commonplace the hotel receptionist told us. We later passed their rally on our walk. The place has atmosphere and there are some nice cafes but it was freezing.
9, 10 June
We spent these two days sightseeing of which the Recoleta cemetery was the most interesting, hearing some great tango music and catching up on sleep. 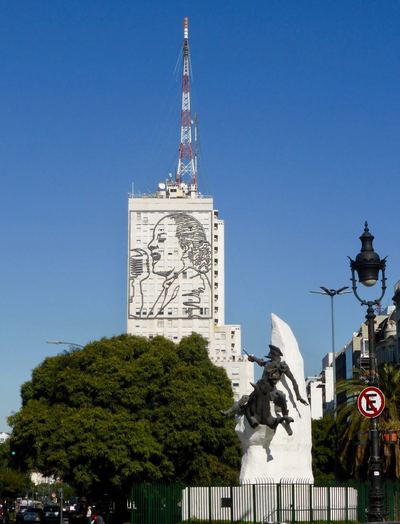 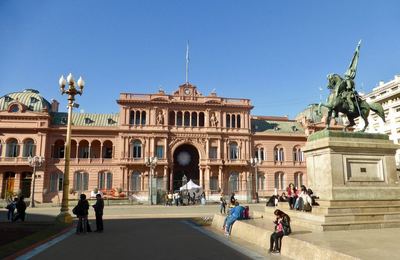 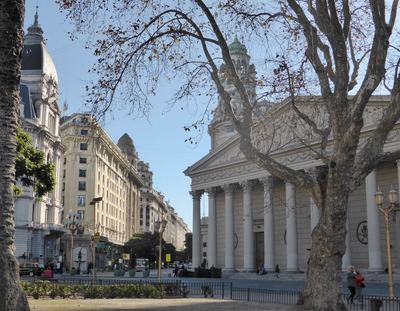 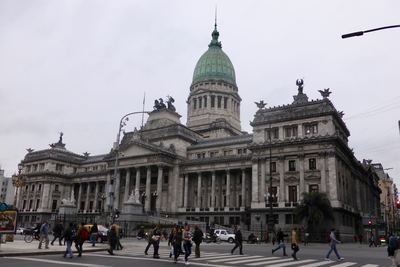 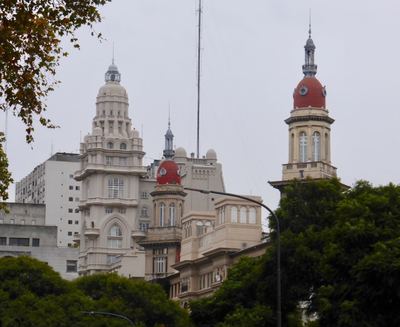 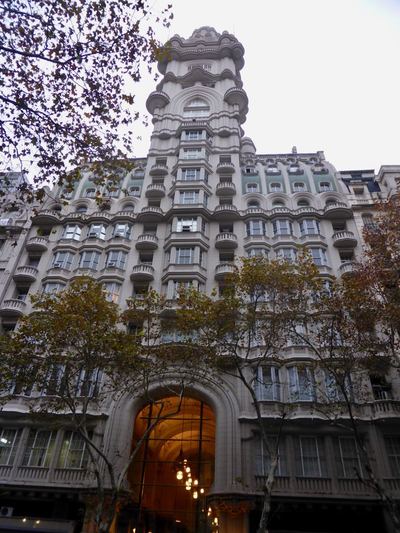 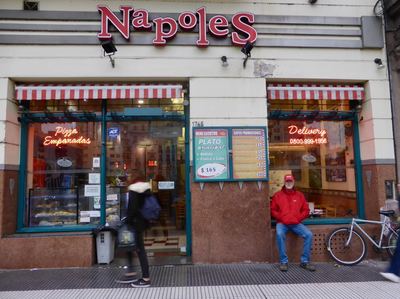 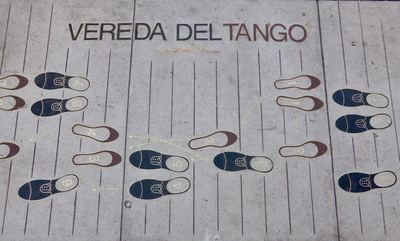 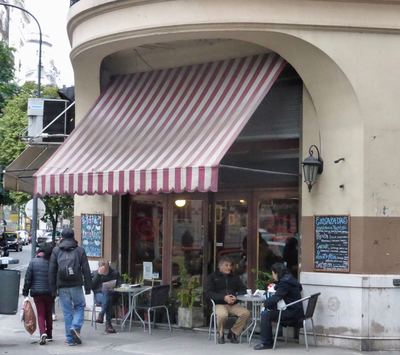 Guy was almost a victim of the Bird Poo scam at the Casa Rosada. His words - "I walked passed a local tourist puzzling over a city map, then felt some bird poo drop onto my back and arm. The local gestured to the tree but when I looked at my jacket there was so much 'poo', it must have been a flying pig! The local offered me some paper serviettes and starts getting hands-on in the cleanup but I pushed him away and walked back the other way. When I glanced back he was hopping into a txai driven by his accomplice. I saw them later doing circuits around the Casa Rosada looking for another target."
And we had a very enjoyable evening listening to some passionate tango music performed by an orquesta tipica which consisted of a pianist, double base player, two violinists and two bandoneon players. A bandeon is a type of an accordion. 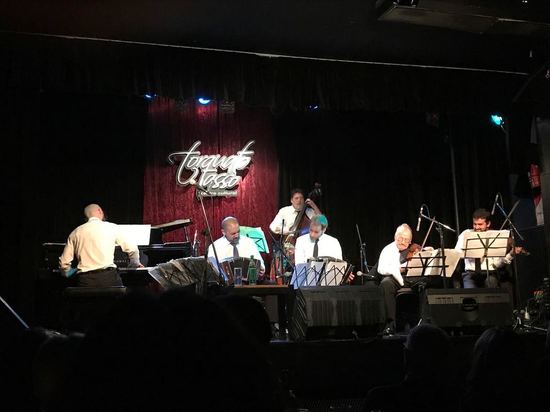 Exhuberant and passionate performance by Sexteto Mayor playing at Torquato Tasso.
11 June
An early departure to catch the Buquebus across the Rio de la Plata to Montevideo where our truck was waiting in a container at the port.