10 July 2015
We were about 15 kms from the border but it was getting late and so we camped by a lake where a couple were fishing. Every day is so full - from the beach at Ksamil to Gjirokostra Fortress, the border and now beside a quiet lake watching the sun go down. 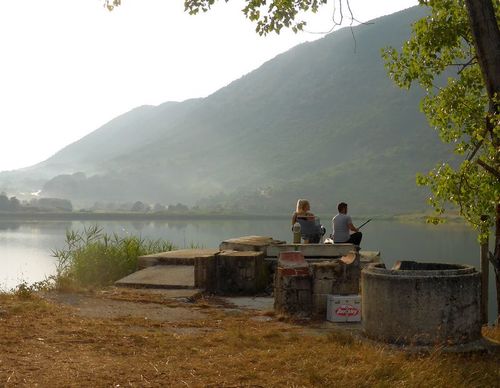 Lakeside camp
11 July
The days are getting hotter, over 30C every day as we head to Vikos Gorge, the deepest gorge in the world for its width, up to 490 metres deep and only a few metres wide at its narrowest point. Colca Canyon is deeper. Stunning rugged countryside as we drove back and forth up the moutain to Papingo to view the Gorge. On the way down as we headed towards the other end of the gorge we stopped at a stream to cool off. Rafters were starting from there as well as many locals thinking of a relieving dip from the heat. The water was freezing and my legs ached just standing in it! We would like to have stayed there overnight but had to move on as it was a national park area.
We drove on towards the other end of the gorge and camped at a lookout. We could see a herd of horses wandering around some ruins below and occassionally the tinkling of bells from goats. 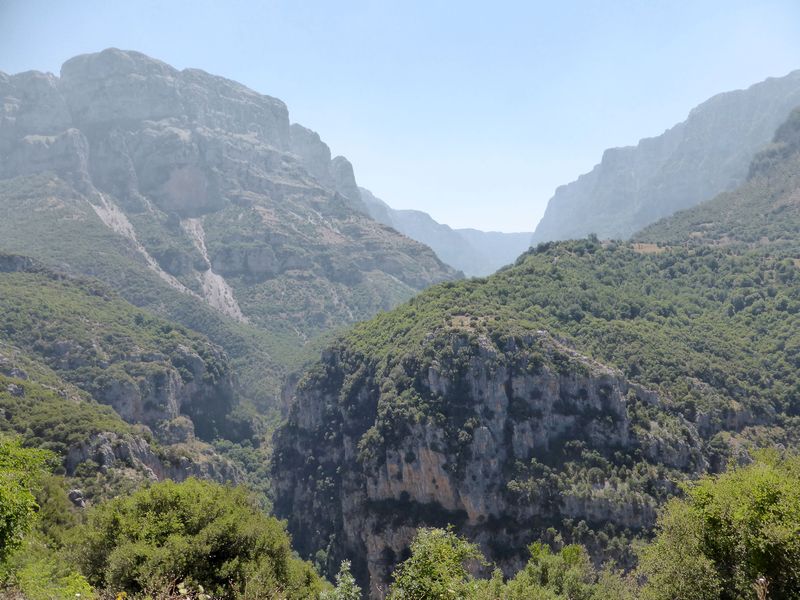 Vikos Gorge
12, 13 July - Meteora
Drove on to Monodendri at the other end of Vikos Gorge. From there we went for a morning walk to an old monastry which looks out over Vikos Gorge and around to a very narrow track in the mountainside. Seeing the track continue over some rickety pieces of timber on the narrow ledge, we decided to give further exploration to a cave a miss.
Then back to the truck for the next stop, Meteora, the place of amazing sandstone rock pillars with equally amazing Greek Orthodox monastries built on top of them. More than 20 monastries were built starting in the 14th century. Six remain today. Rope ladders and hoisted up nets were used for entry into the monastries. 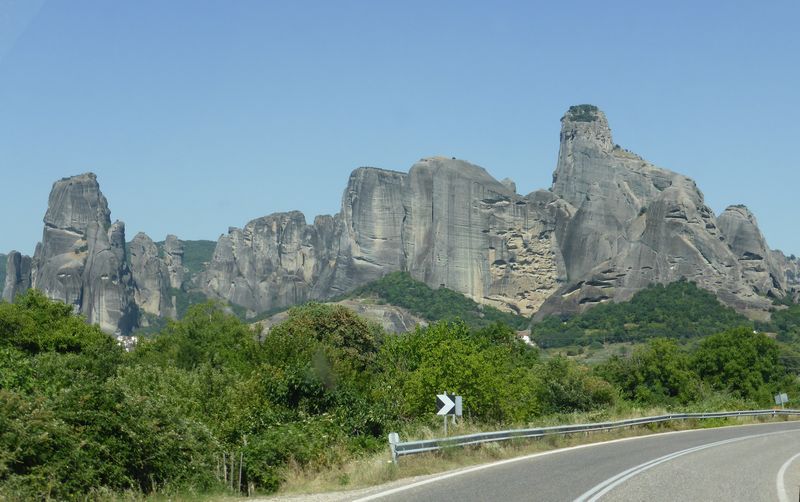 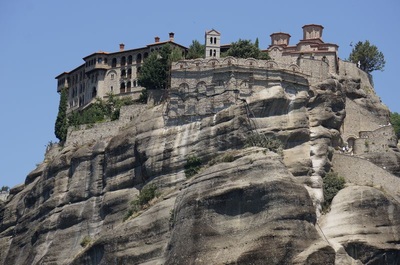 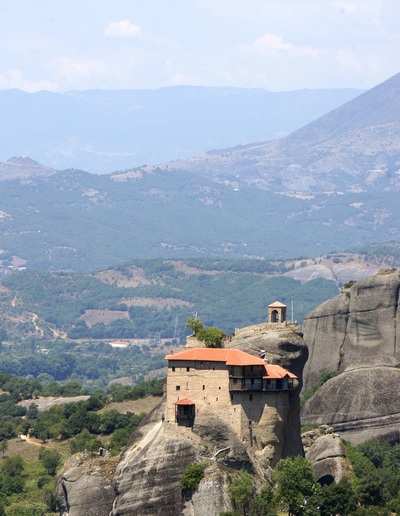 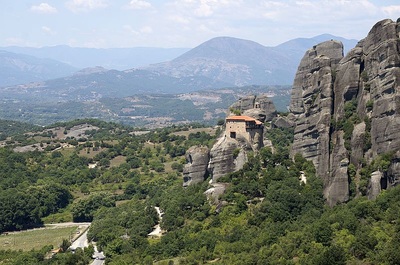 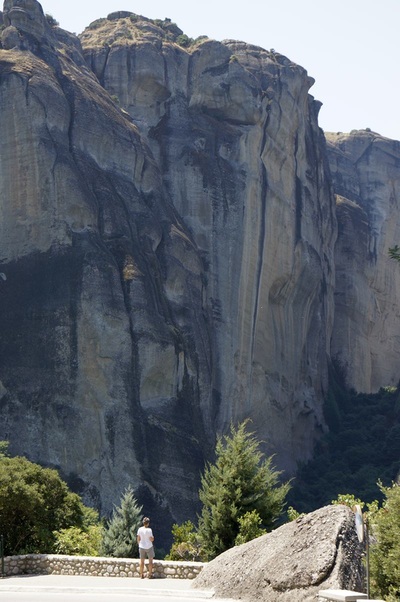 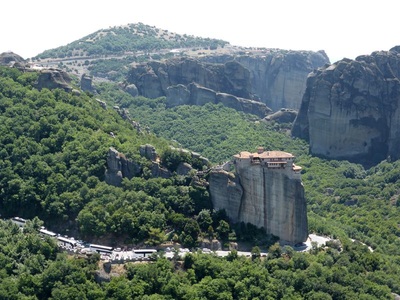 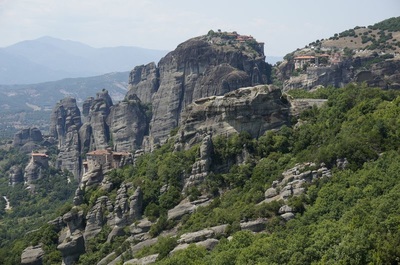 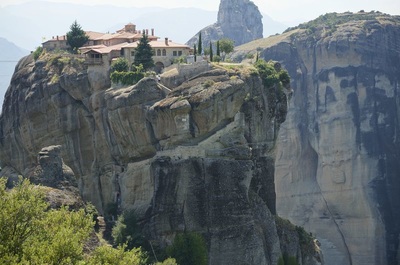 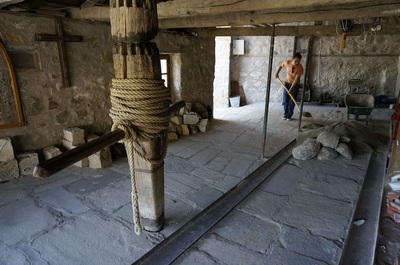 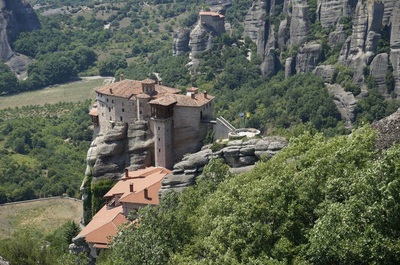 One monastry to the left and three on the right.