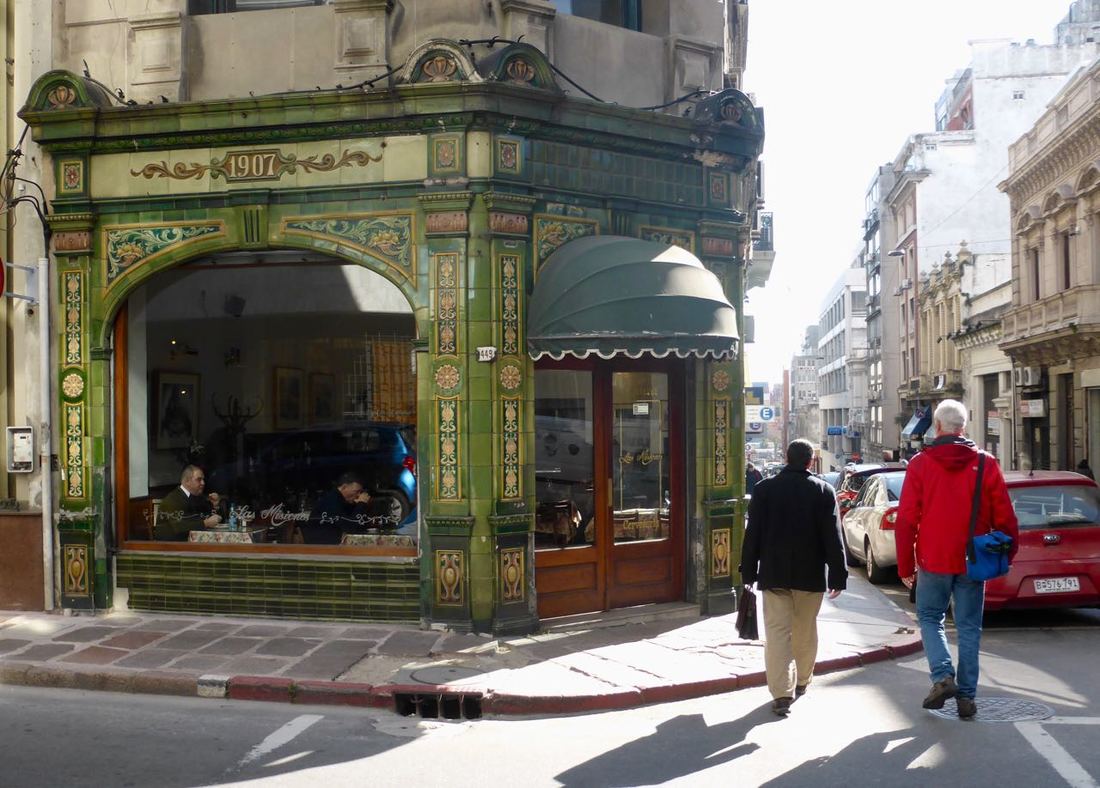 Eduardo Kessler and Guy walking between offices in Montevideo to gat the paperwork done to pick up the truck.
11 June
Only a short walk from the ferry terminal to the accommodation we had booked nearby. Unfortunately the accommodation didn't work out as expected but a tasty asado lunch (grilled meats) at the nearby Mercado del Puerto did the trick until we found accommodation in a hotel a block away.
​
12 June
We have arranged to meet the agent who has handled the arrival of our truck. Together we visited Customs, Hamburg Süd and another office to complete various forms and pay money. Hopefully the forms can be processed and we can pick the truck up tomorrow.
Now into Montevideo to have a look around.
Yes it's truck time! 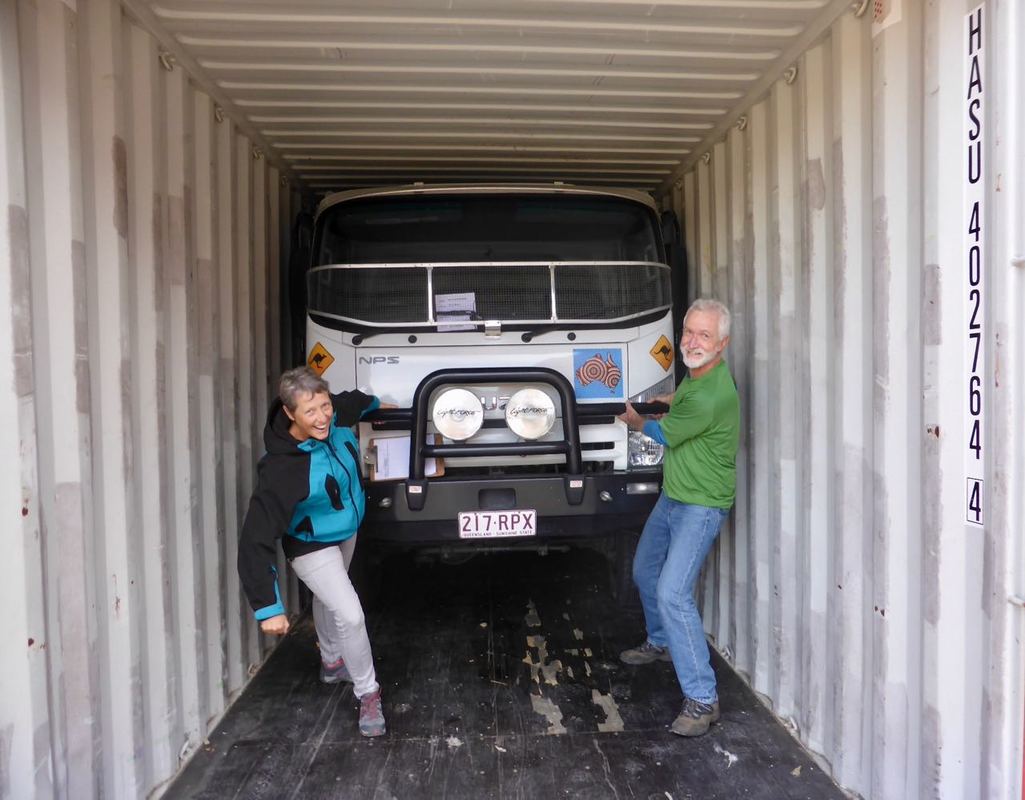 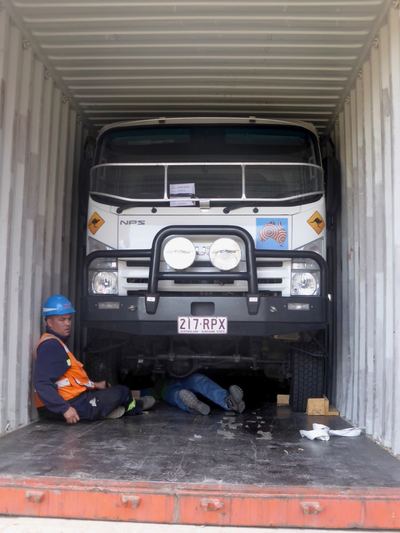 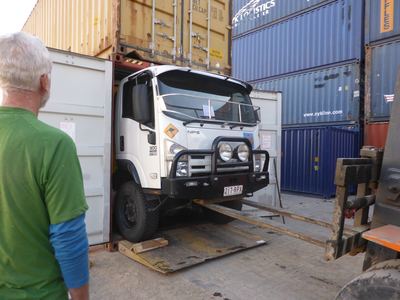 13 June
At last we could open the container with the Bee inside. All was in order although it was a little tricky getting it out but nothing a forklift couldn't handle. Changed the steel wheels at the rear and we were ready to hit the road again. 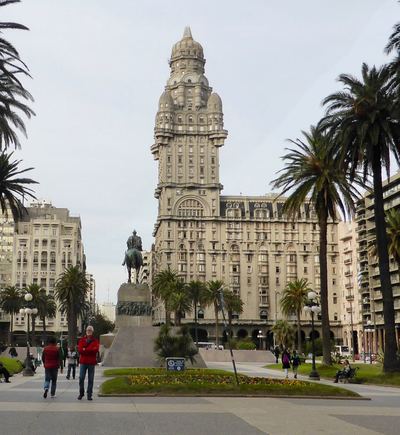 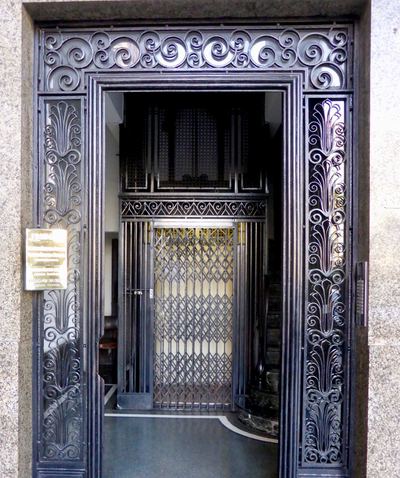 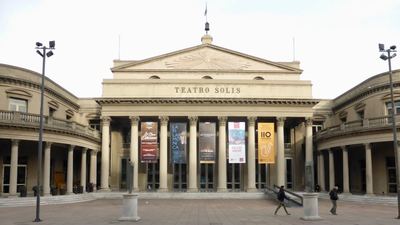 14, 15 June
After submitting the paperwork for the Brazilian visa, $200 each, it was time to head out of town to a small farm with camping for overlanders. The farm was owned by a Dutch couple who had spent some years overlanding themselves before settling in Uruguay.

Stocking up the truck, doing washing, maintenance and preparation to travel north for the next couple of months occupied us as we waited the two days for our Brazilian visa to be processed. The Brazilian Consulate were helpful and efficient, our visa had been ready after one day.

16 - 19 June
Visa in hand, we headed north along the sandy coastline of Uruguay mostly freecamping near the beaches and a lighthouse. Although very pretty and similar to Australia with the sand and surf, it was very cold. Down to 1˚C outside and 4˚C inside the truck one morning. Thankfully the days were clear and it was warm in the sun although it wasn't light until 8am. It was the low season and the smaller coastal towns that rely on tourism were mostly deserted; some were very rustic and would have been fun in season but were like ghost towns now. 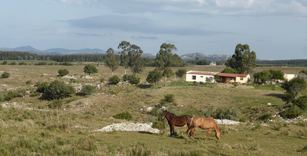 Countryside between Minas and the coast.
An inland drive to Minas had been recommended by Eduardo as a nice diversion;  many eucalypt and pine plantations, wealthy looking farms growing olives, grapes and a few sheep in the fields. Then a return to the coast where we enjoyed an unexpected visit from a young man driving a ute complete with blue heeler in the back. He was so excited to talk with us having lived in Australia for several years, been in Sydney for the Olympics and worked as a builder on the Sunshine Coast and Burleigh Waters. A keen beach goer he was eager to recommend his favourite places along the coast up into southern Brazil.

Many wealthy Uruguayans, Americans and Europeans buy beach houses that they use only in the summer but it is off season so most are vacant and many shops are closed. Some regions of the coastline are only starting to be developed and look much like Kawana on the Sunshine Coast 40 years ago. 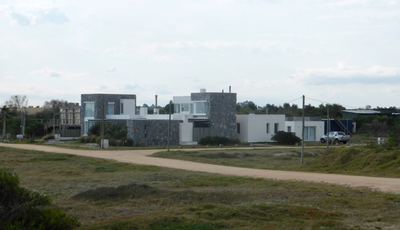 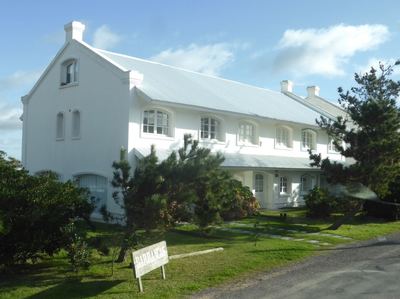 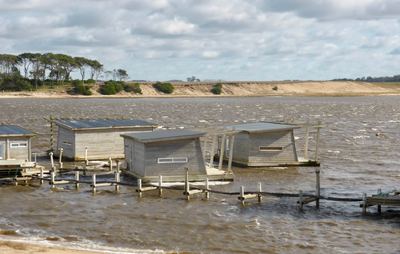 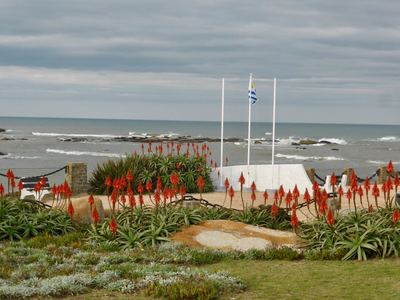 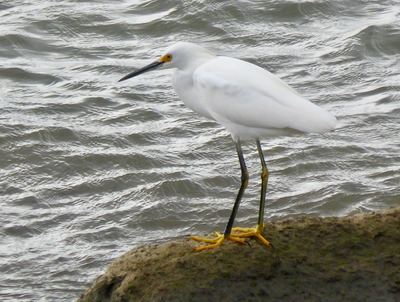 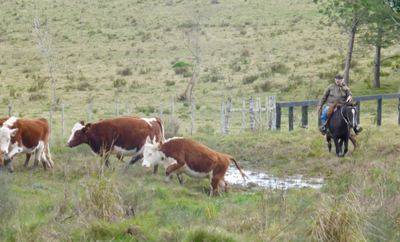 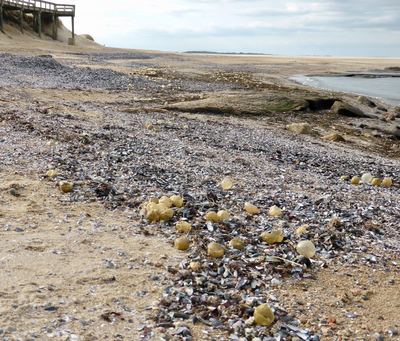 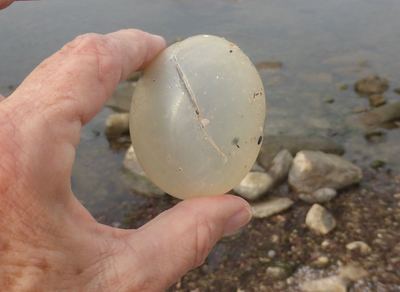 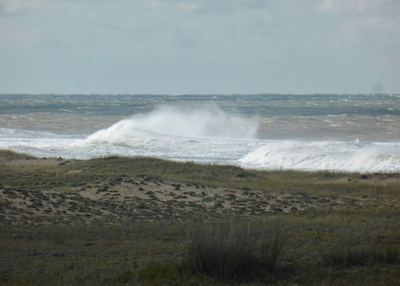 Farewell from local farmer.
20 June
Having been told about Cabo Polonio, we decided to visit. It has no electricity, no piped water and no sealed roads to the  small hamlet on a headland 7 kms from the highway. Access is via a very bumpy ride in an old 4WD truck through the sandhills and eventually to the beach when the first shacks are seen. Further around the shoreline are neat looking white houses randomly built on the headland with a lighthouse behind them and a small beach lookout on the sand just above the high tide mark.
Unfortunately it was very quiet with very few occupants and even fewer shops/stalls open. But we enjoyed the walk around the headland to the sea lion colony and climbed the stairs to the top of the lighthouse.
Our second last camp in Uruguay was at Punta del Diablo on a headland overlooking the surf. The town was almost deserted except a few people and some playful dogs. 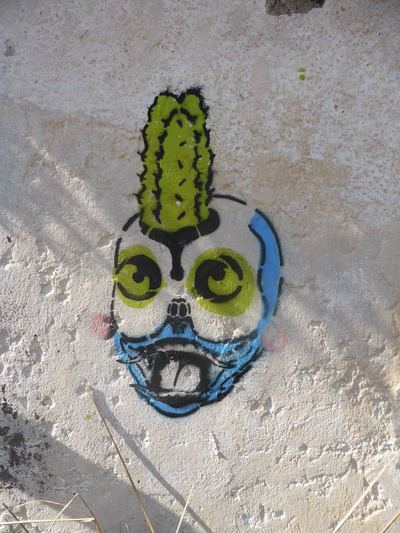 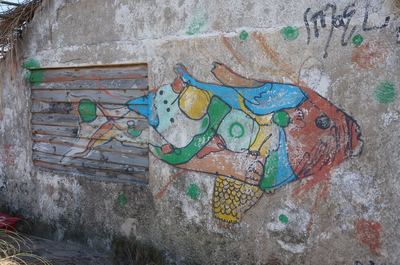 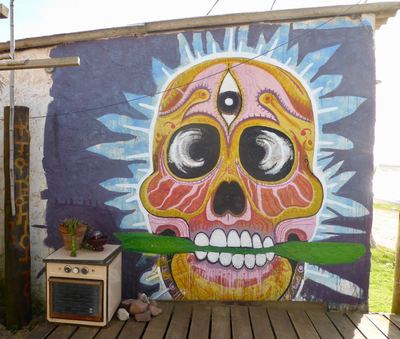 21 June
Our last day in Uruguay was spent in Fortaleza Santa Teresa National Park. There is a restored Portuguese fort there from 1792. The military maintain the park and were reroofing one of the buildings. The camping area is huge and well treed. 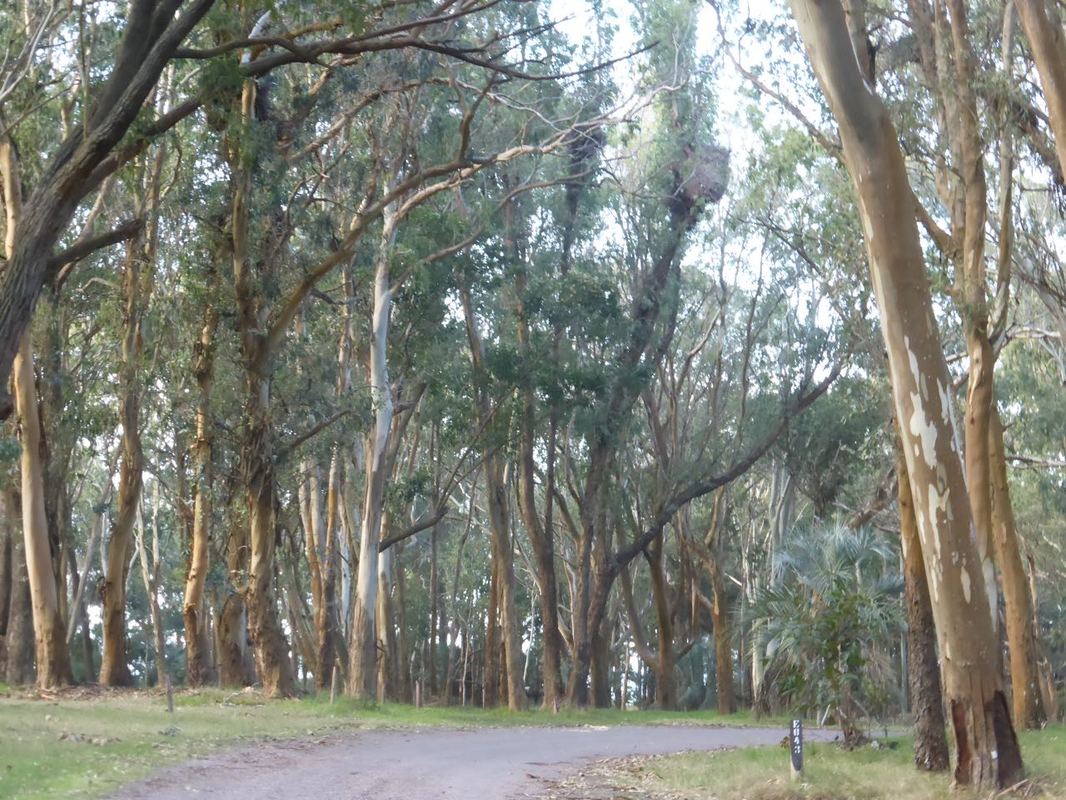 Look familiar...not quite. it is the camping area in Fortaleza de Santa Teresa NP.
22 June
Off to the Brazilian border which was less than 40 kms away.