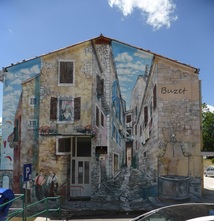 Trompe l'oeil on a block of flats in a village where we stopped for afternoon tea.
24 June
Passing from one country to another in Western Europe is seamless, no border checks for immigration or customs, you only know you have crossed the border when passing the old Customs buildings.  Most EU countries, UK and Ireland being exceptions, are members of the Schengen agreement to liberalise movement between countries.

On leaving Slovenia for Croatia we were leaving the Schengen area but we had a small issue as the Italian Police hadn't stamped our passports on arrival by ferry from Morocco. So no record of arrival into the EU/Italy...boat people? Fortunately the Slovenian border control officer was understanding and after warning of a 500 Euro fine, stamped us out of Slovenia. We then drove about 100m and were stamped into Croatia.

Having gone through the border we drove across the Istrian Peninsula and then south along the spectacular coastline. 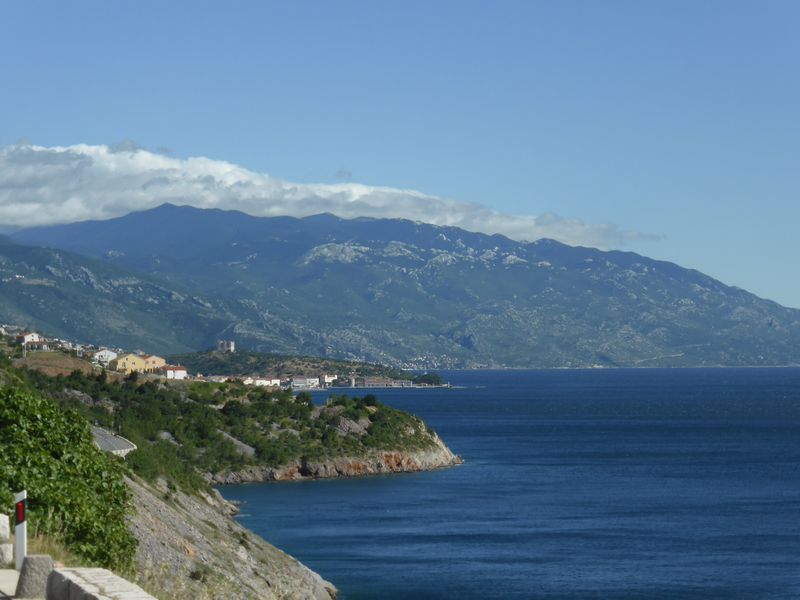 First views of the Croatian coast
25, 26, 27 June - Plitvice Lakes
We stayed at a campground offering a free bus service 15kms to Plitvice Lakes National Park.
The lakes are very beautiful with the almost constant sound of crystal clear water flowing over the limestone. Over thousands of years travertine barriers have built up creating small dams which have in turn created the series of lakes, caves and waterfalls. Lush beech and fir forests surround the upper lakes with the forest being a bit more scrubby around the lower lakes. We covered most of the highlights in five hours of walking and taking photos.
28 June
Next stop was one night in Zadar and then further along the coast to Split.

29, 30 June - Split
We were camped well north of Split. So we took a ferry to Trogir where we saw the Museum of Ancient Glass and wandered around another old town. It was a further ferry on to Split. Travelling by ferry in this weather has been very pleasant and a change and rest from driving. 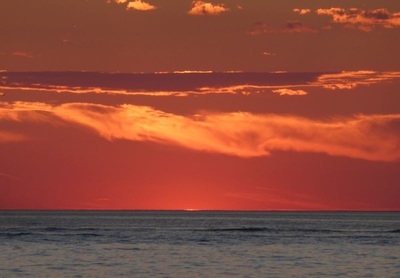 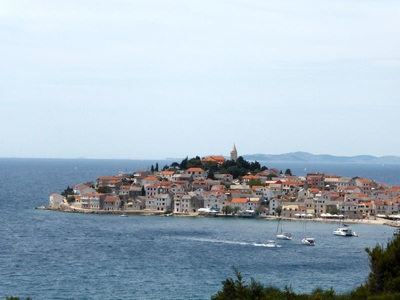 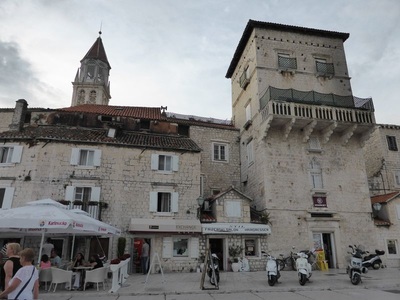 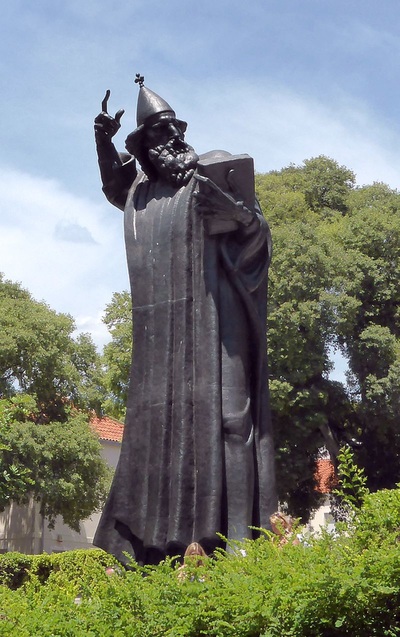 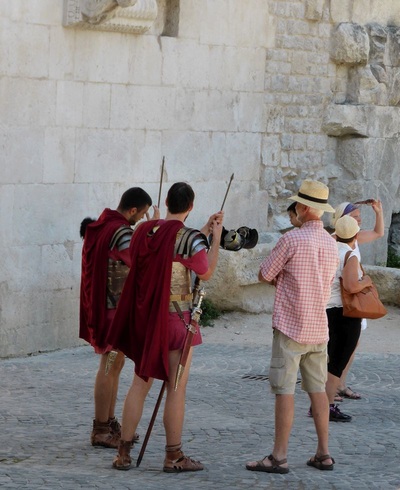 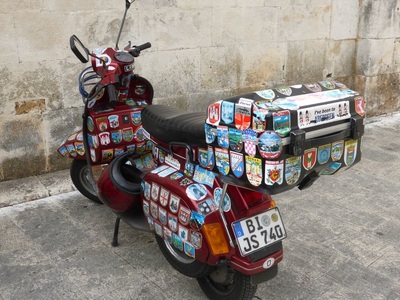 Arriving into Split.
1 July
We drove inland and across the border to Bosnia and Hercegovina to see Mostar before crossing back in to Croatia to see Dubrovnik.

Dalmation coast
2, 3 July Dubrovnik
Back into Croatia and the beautiful Adriatic coast where we camped south of Dubrovnik at Mlindi. 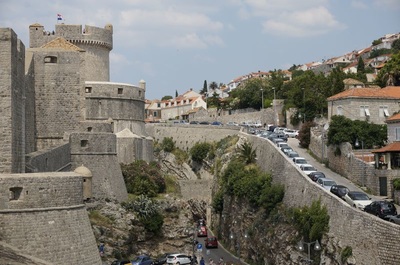 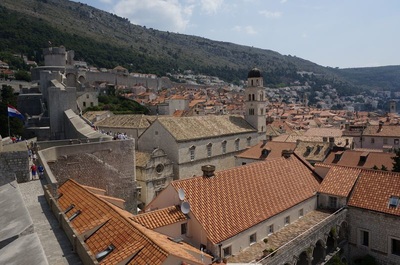 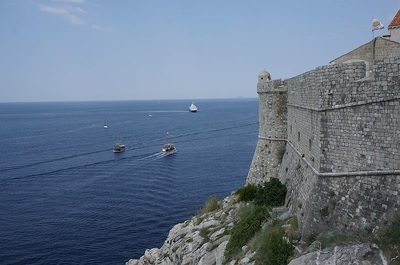 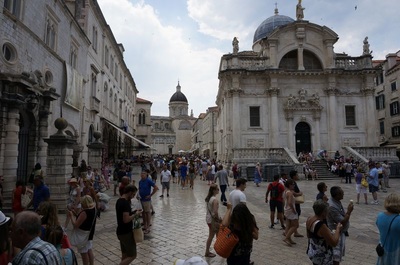 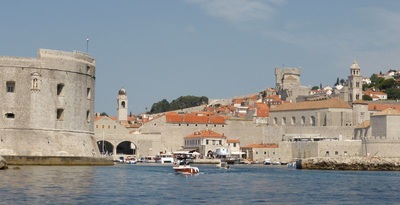 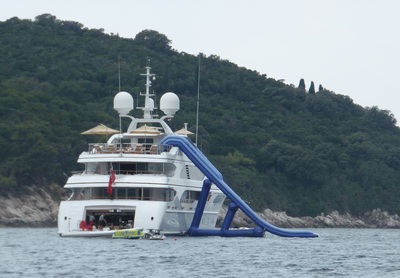 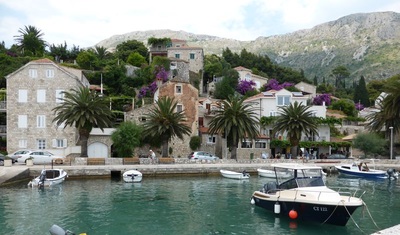