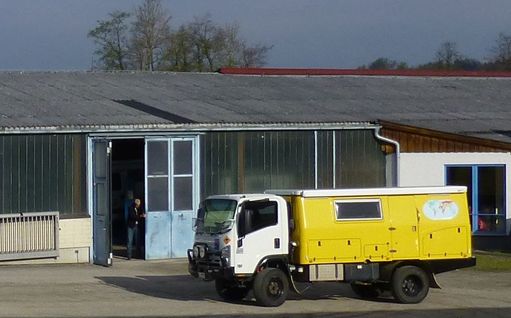 Guy has let the Bee out of the shed and we're ready for action! 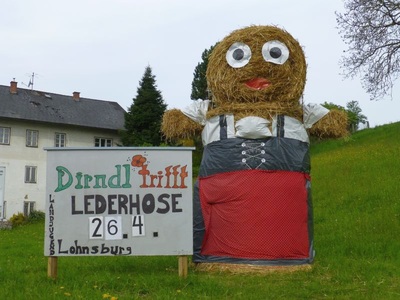 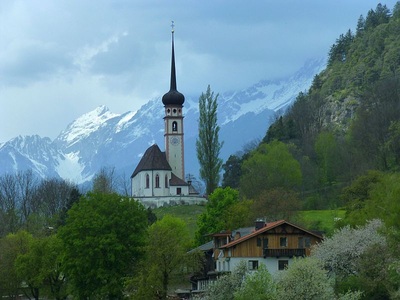 Salzburg
Saturday 19 April
It had rained a bit overnight, cloudy and cold now. We travelled through Walchsee and onto Scwaz where we had another free camp. We ate at a local upmarket restaurant and found the experience quite different to home. Smoking was allowed in the restaurant and even more surprising, so were dogs of any size!

Sunday 20 April
We arrived in Innsbruck in the morning and watched the Easter festivities. We wandered around the old town and I climbed the stairs of the town tower to get a better view of the area in the fine weather. I could see the ski jump on the outskirt of town. 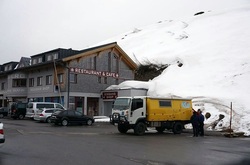 First snow
Monday 21 April
We had decided to avoid the motorways in Austria and see more from the smaller roads. So we ended up seeing more snow and going through the St Christoph ski resort which was still working. The first time actually in the snow for the truck. 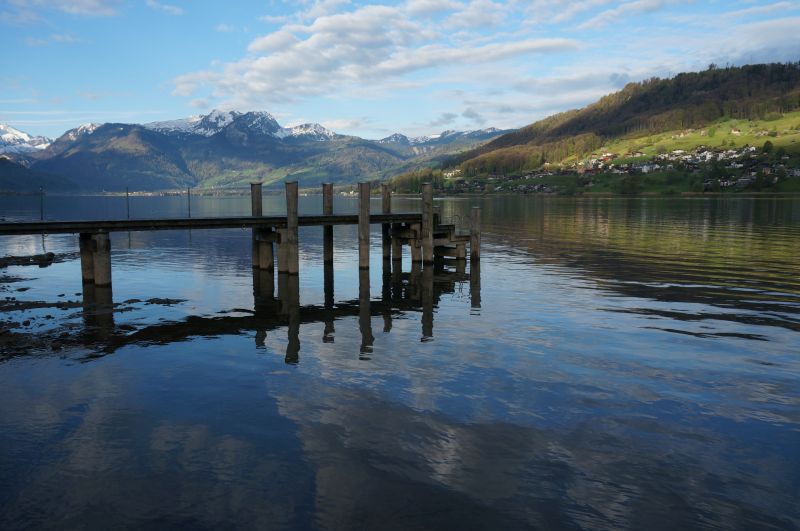 Lake Sernen from the campsite.
22, 23 April
At last we are on our way to spend time with our friends living near Bern. 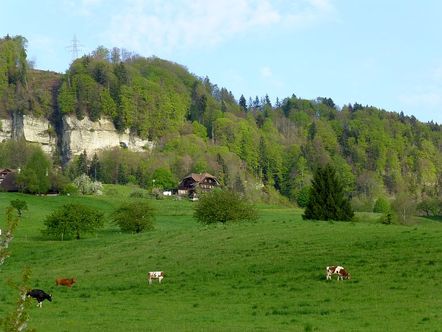 View of the Swiss countryside from our bedroom window. Cows and their tinkling bells in the foreground and swiss farmhouse behind.
Thursday 24 April
We are taken to Interlaken and up the valley towards Lauterbrunnen to see the Trümmelbach Falls. They are a series of falls mostly inside a mountain and overlooking the incredible valley and Lauterbrunnen. Next was the cable cars up to Mürren which travels further to the Schilthorn. Fun reminder that it was the setting to a Bond movie by the background music during the climb.
Mürren  is a ski village with fantastic views across the steep sided valley to the village of Wengen which is overlooked by towering snow covered peaks. Fantastic!
We walked down a sometimes snow covered track to Lauterbrunnen with amazing views 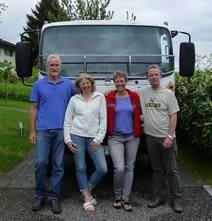 Thank you to the Swiss connection Jana and Jerry.
Friday 25 April - ANZAC Day
We prepared ourselves and the truck to leave.
We made a visit to the local shop attached to the recycling centre. Everything was amazingly clean and ordered with a huge variety. Guy couldn't resist some new overalls for work on the truck.
Thank you to Georgina and Eleanor for looking after us too. 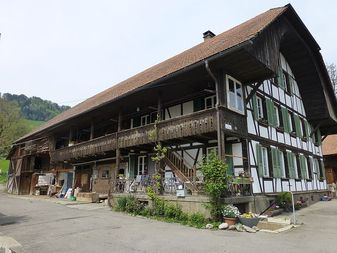 26, 27 April
We headed north passed Basil and into France, stopping at Colmar which was founded in the 9th century. We were surprised by its size and popularity with tourists.
Heading further north we visited the chateau Haut-Koenigsbourg before camping in the forest a little way down from the castle. Great to hear the birds. 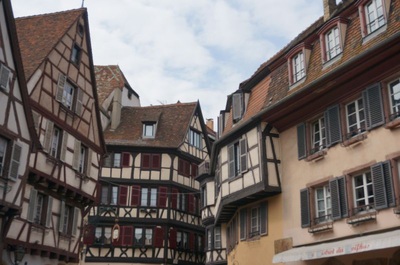 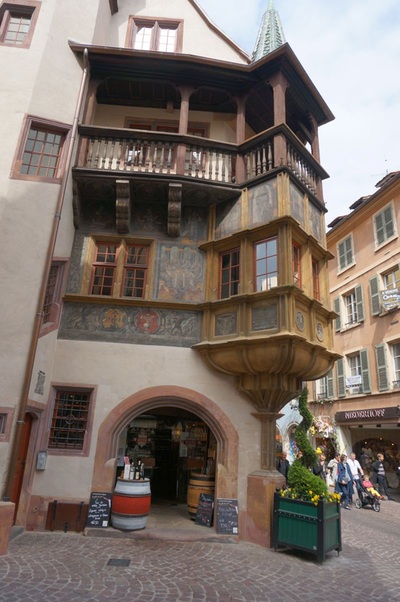 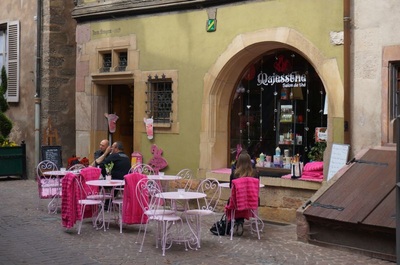 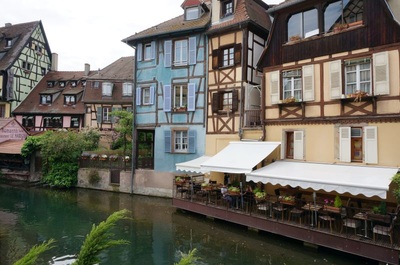 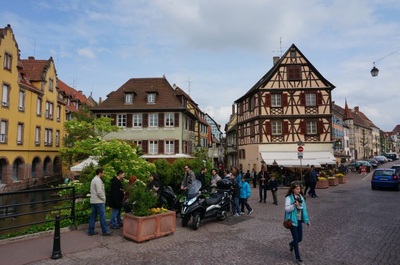 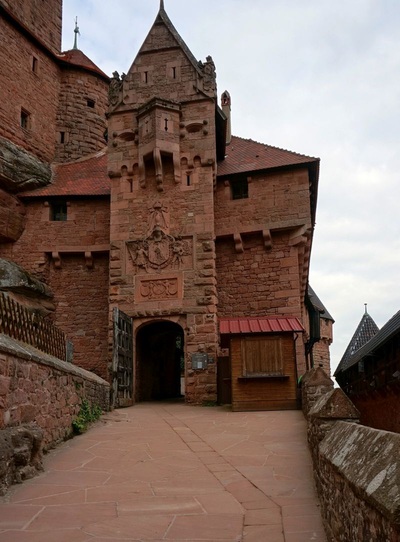 The weather was still overcast as we descended through the vineyards and headed off to a small town, Petite Pierre in the hills for lunch. Then north to Trier in Germany where we hoped to get some work done on the truck. 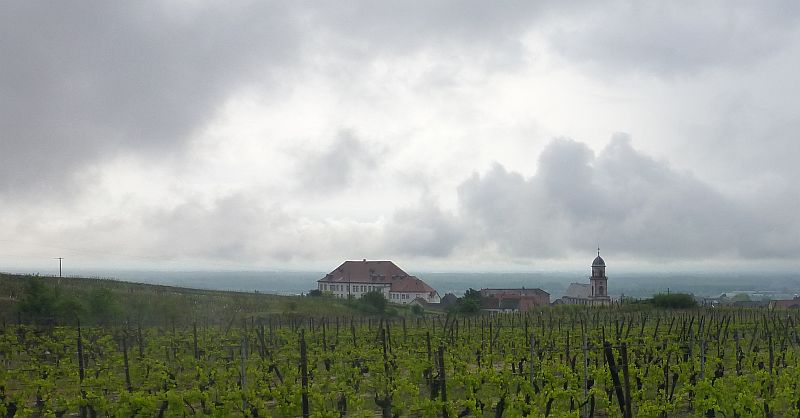 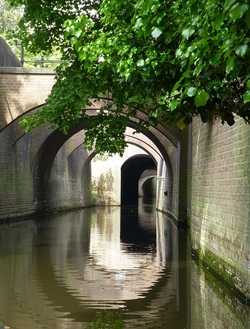 1 May
We were lucky enough to meet up with Lynne and Frank, friends from home who we will be travelling with over the next few months.
We did an underground canal tour in S'Hertogenbosch together. Very interesting and nicely restored.
We decided to buy a 2nd hand bike when we passed a bike shop. Still looking for one for Guy. He isn't keen on the heavy, step through, high handle bar type favoured by everyone here.
The streets in the older parts of towns are very narrow and the parking places are for small cars only. So we may park outside town and cycle in. At least there are no hills in Holland. 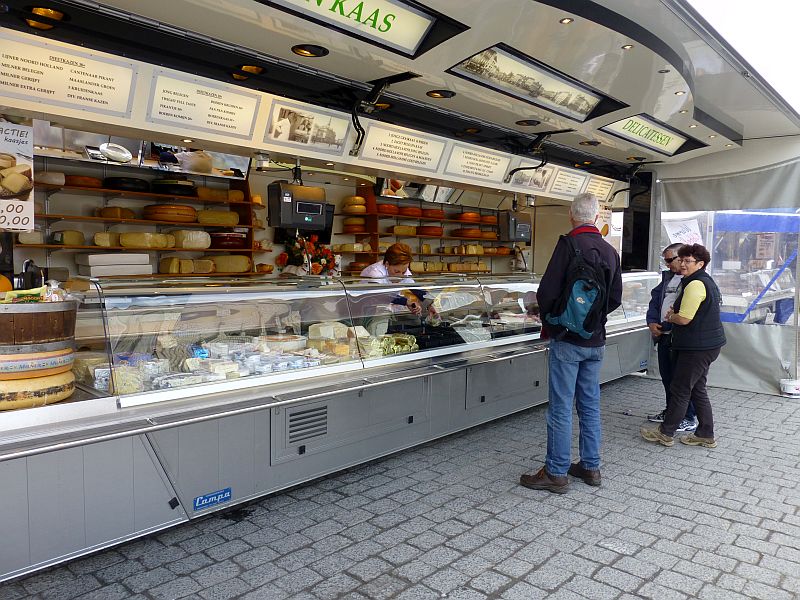 Cheese shopping with Lynne and Frank in the market place in S'Hertogenbosch. 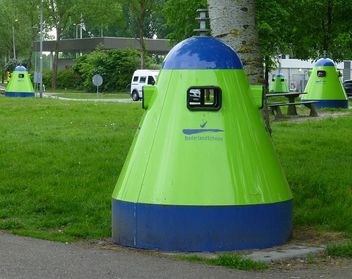 Daleks are in the truck stop!
2 May
Having emailed every Webasto (our diesel cooktop make) address I could find we at last have success less than 20 minutes drive away and the technician will be there.

All done and off towards Keukenhof to see the tulips.

We free camped with about 150 other campers on the banks of a canal about a kilometre from the famous gardens. 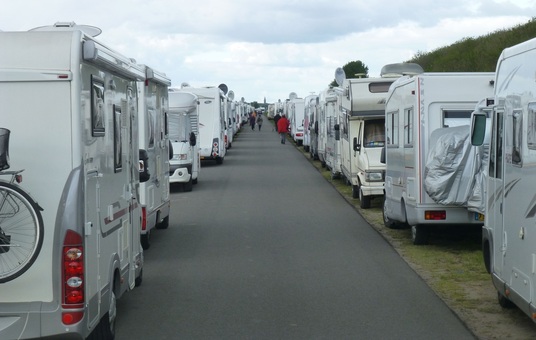 We were one of hundreds of campers. But the only yellow one! 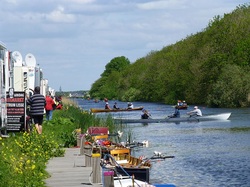 Our day at Keukenhof. Incredible gardens of predominantly tulips but also other flowers and many beautiful trees.
I have enough desktop backdrops to last until the end of this trip!
Warning: Some of you may become bored with the following slideshow but I couldn't cut back any more.
There is life after Keukenhof although Guy was beginning to wonder. We bought a bike rack at a huge camping store before finding a camp for the night.

4 May
Drove north and crossed the 30 km Afsluitdyk to get to picturesque Hinderloopen in Friesland. We are averaging 3 enquiries per day asking about our travels. So nice when people can speak english. 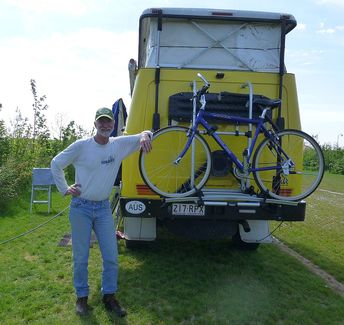 Guy put the bike carrier on the back of the truck. We look like one of the European motorhomes now.
Hired a bike from the park and rode to Hinderloopen in the afternoon. Most things were closed because it was Liberation Day.
Now we just need another bike. 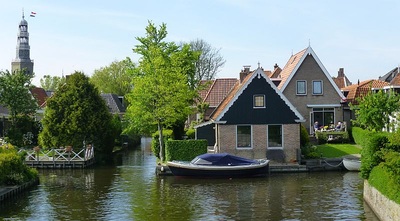 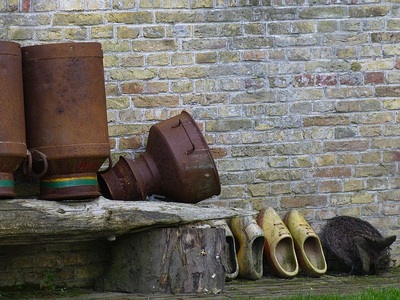 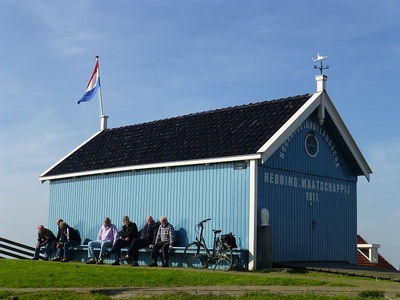 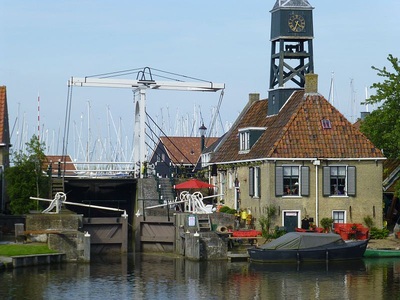 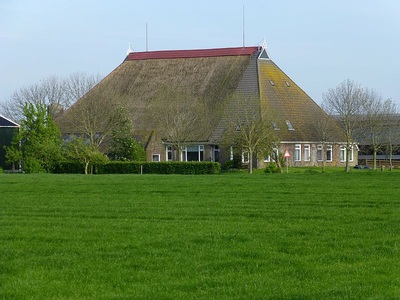 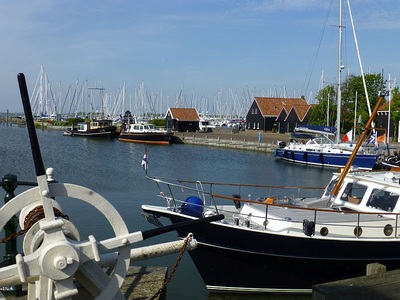 6, 7 May
From a relaxing time at Hinderloopen we drove east to Hamburg. We stayed at Elbe Camp on the river not far from the Airbus assembly area. Dreary weather which was overcast and raining at times. But we managed a walk around the city and a ferry ride on the Elbe. Airbus next time. 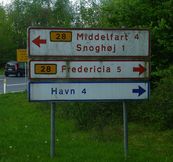 We have landed in middle earth.
8 May
A long day of driving as we travel from Hamburg towards Copenhagen passing  Middelfart (interesting names) and fields of bright yellow flowering canola.
We found a nice camp in the forest but it was pretty cold, below 10C outside at night. 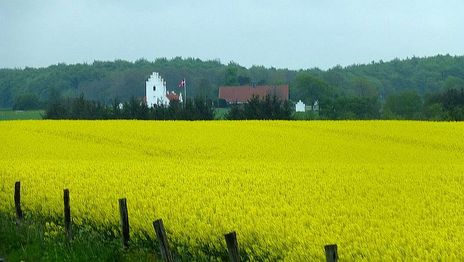 Fields of flowering rape.
11 May
We met up with Vivi who kindly took us to lunch at the new Playhouse looking across to the new Opera House. We returned via Nyhavn to the Royal Theatre to see the ballet and then wandered through the old town. The weather was overcast but it was an enjoyable time.
We saw Amalienborg Palace and Frederikskirken (Marble Church) on the way back to Charlottenlund fort where we are camped.
12 May
We drove up to Helsingor to see Kronberg Castle which featured in Hamlet. The rain followed us but it did clear when we went through the castle.
We had decided to fly to Iceland and store our truck.