1 July 2015
We were visiting this part of Bosnia and Hercegovina to see the old town and bridge of Mostar on our way south to Dubrovnik. Mostar's Stari Most, Old Bridge from the 16th century was blown up during the civil war in 1996. It has since been reconstructed as has much of the old Ottoman quarter.
We saw a couple of young men in yellow togs preparing to jump off the Stari Most. It is an age old tradition but they only jump when their hustlers have gathered enough photo money from the crowd. Big crowds when we were there but we missed their dive. 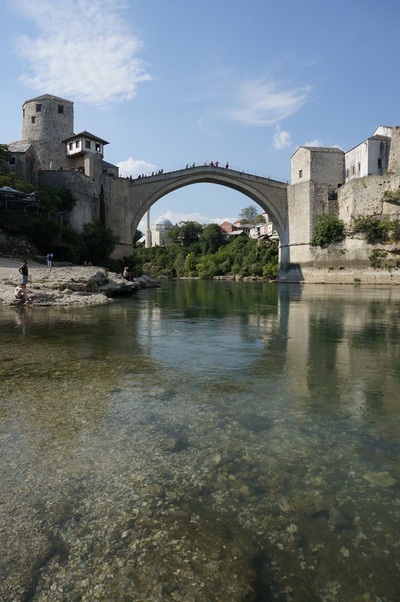 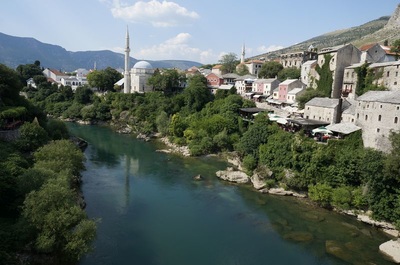 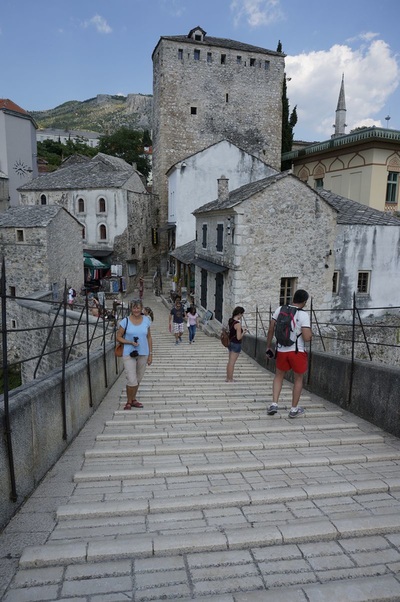 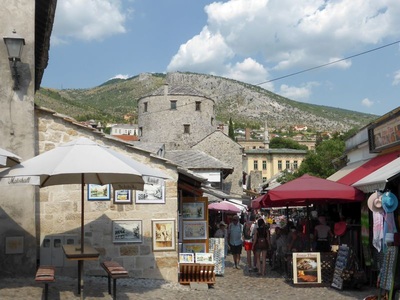 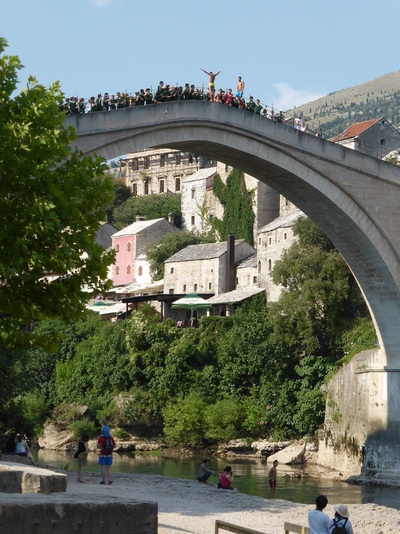 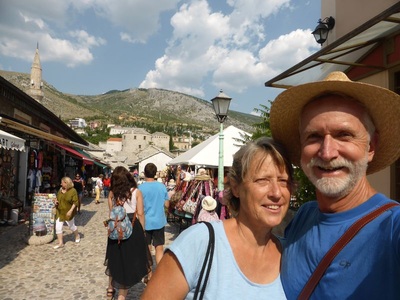 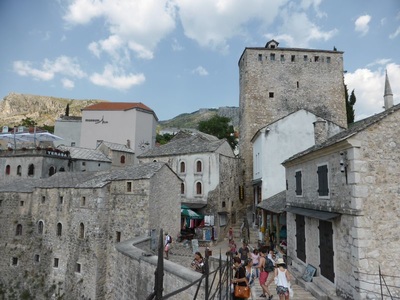 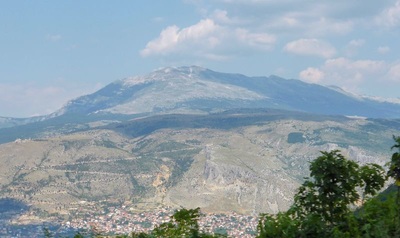 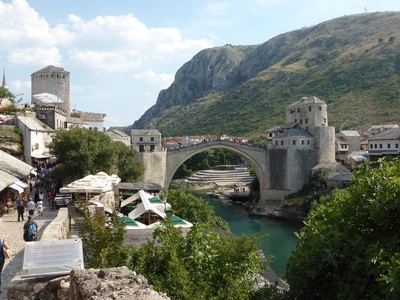 2 July
After spending a night just out of Mostar we drove south through more rugged, dry countryside, noticing a few red signs warning of minefields before entering The Republic of Srpska in the south. Descended the mountains into the winegrowing area and back into Croatia for some time in Dubrovnik (see Croatia page) and then to Montenegro. 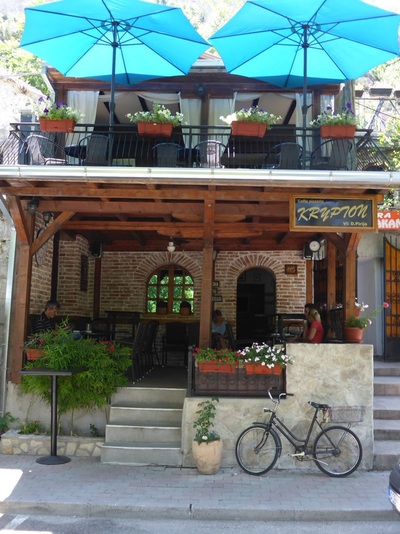 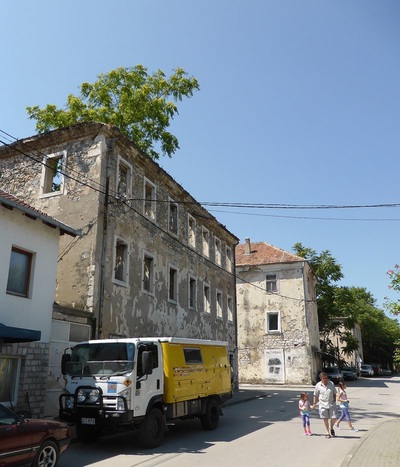 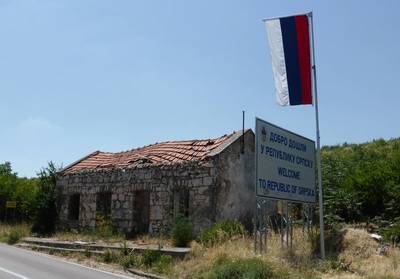 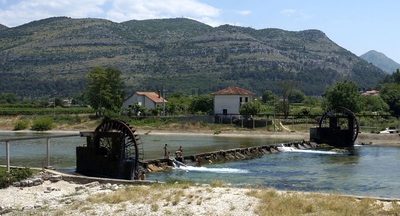 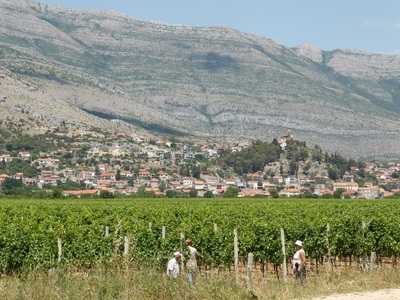 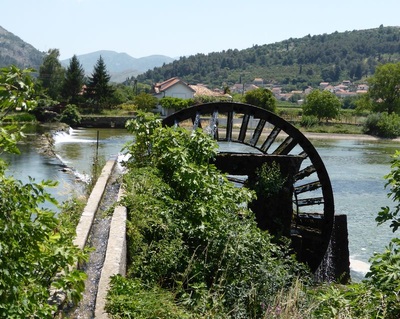