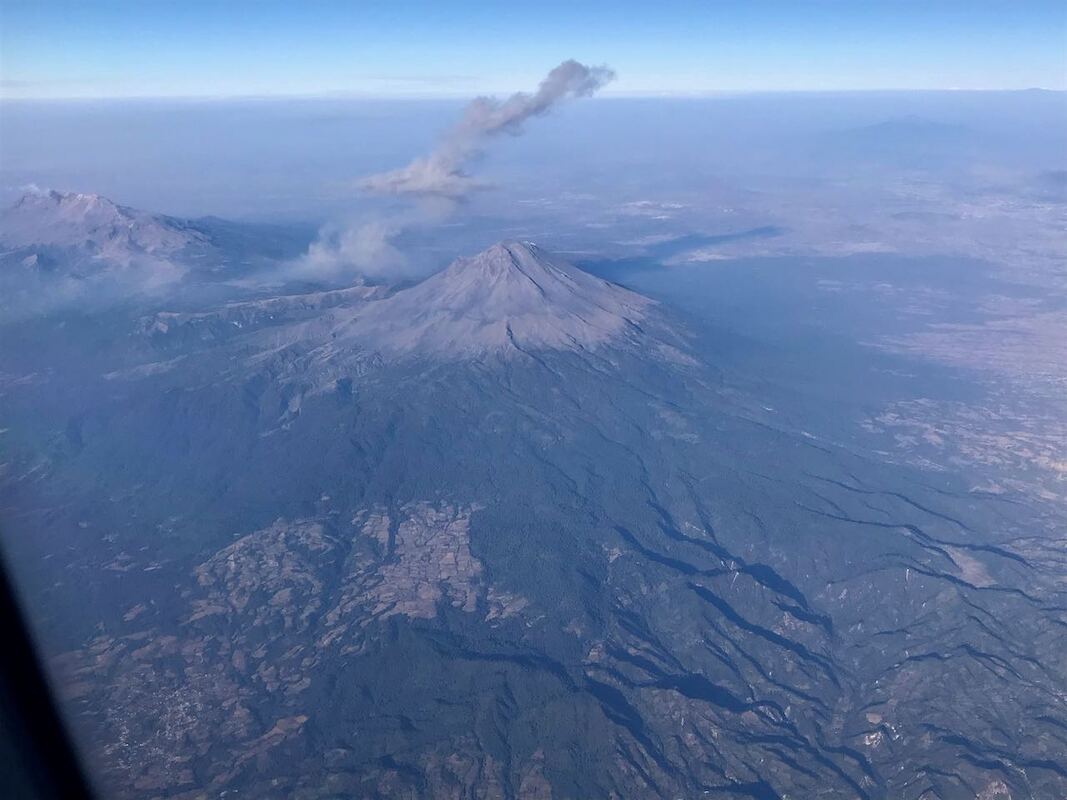 Flying by Volcano Popocatépetl smoking away at 17,555 feet/5351 metres. 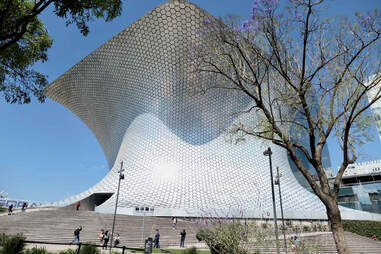 The Soumya Museum founded by Carlos Slim.
19 - 22 February              Mexico City
Our hotel in Mexico City was close to the Zócalo, one of the largest central plazas in the world. Other places of interest including many, many museums are scattered all over the city.
This time we visited the Soumaya Museum, a spectacular 6 story building covered in 16,000 hexagonal aluminum tiles founded by Carlos Slim; the Anthropolgy Museum, the most visited museum in Mexico; the beautiful Palace of Fine Arts with its many murals; the Metropolitan Cathedral and we chanced upon the Post Office Museum.
23 February - 9 March       Veracruz
A 50 minute flight down to Veracruz where the Bee was being shipped to.
Carnival was on for the first few days and we enjoyed watching the parade from the grandstand with the Gulf of Mexico as a backdrop. But after that the days dragged out as we waited for the paperwork to be processed for the importation of the Bee. 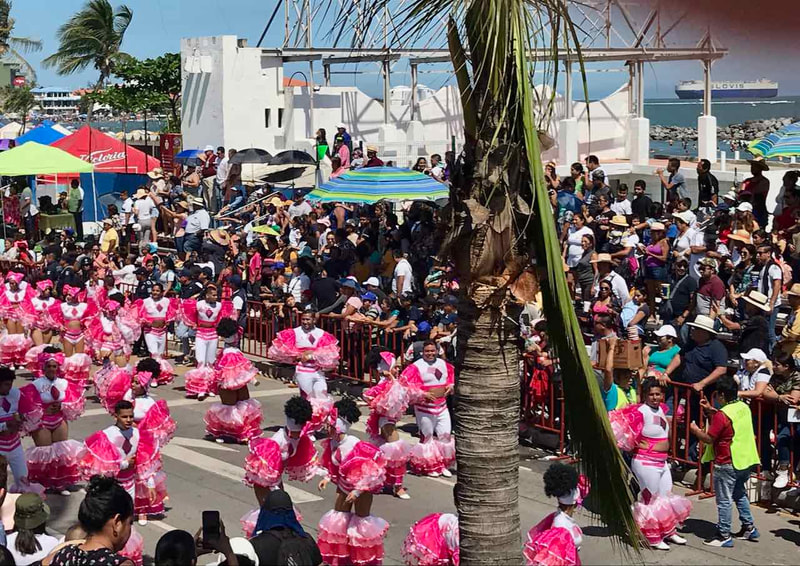 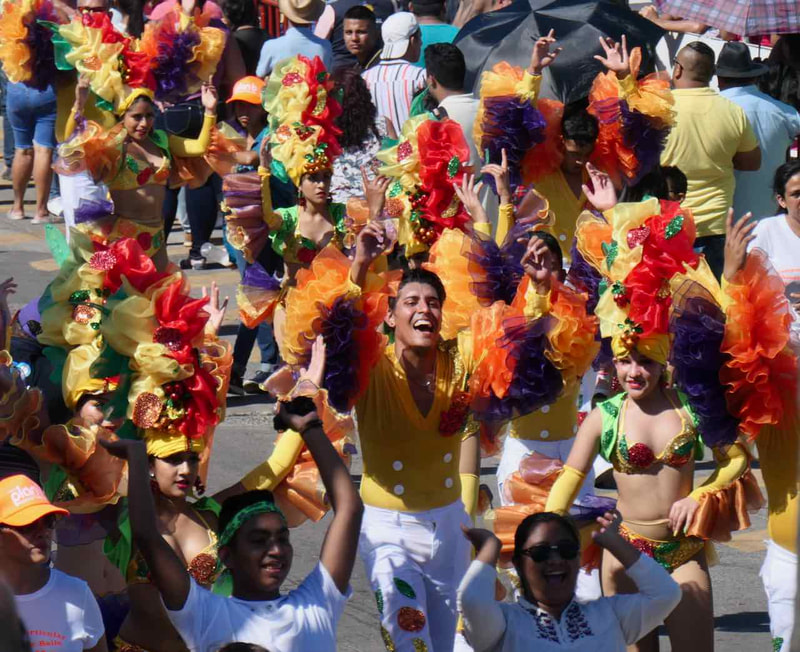 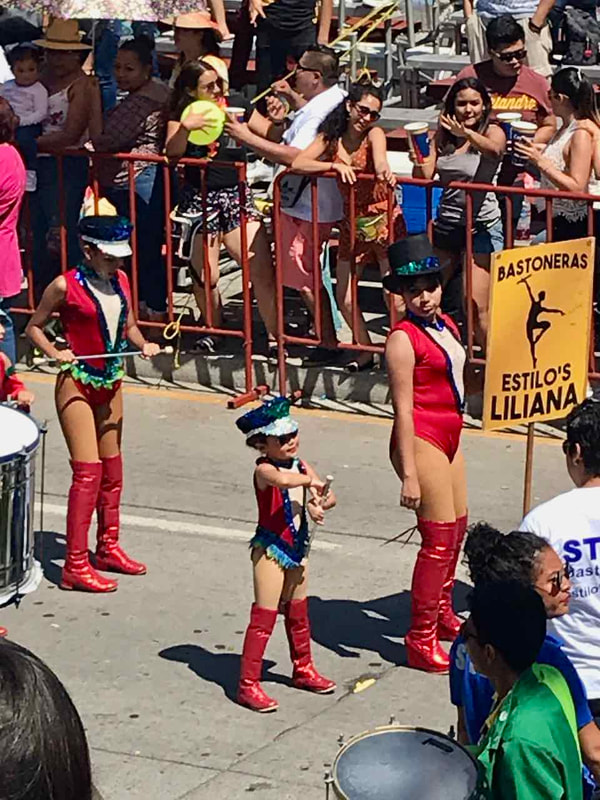 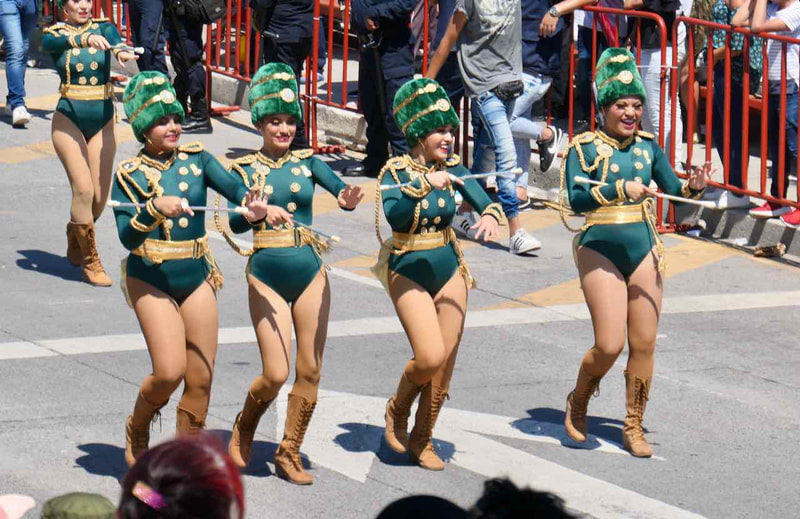 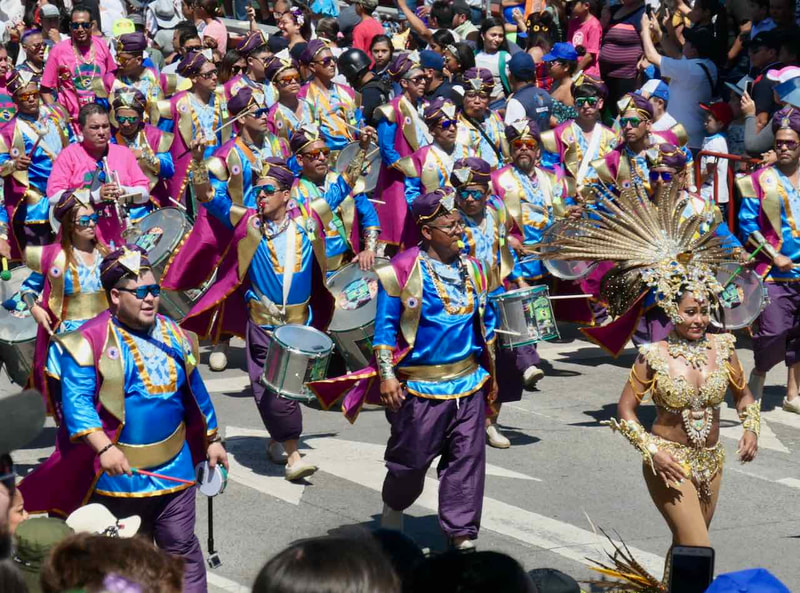 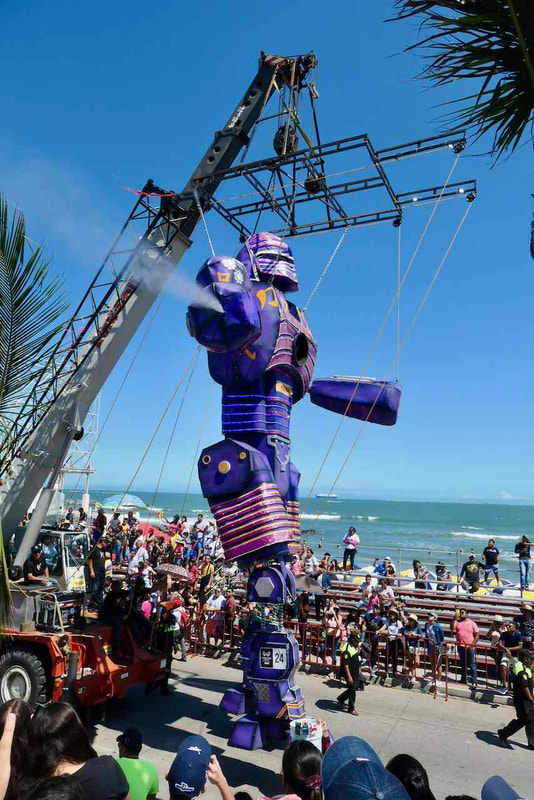 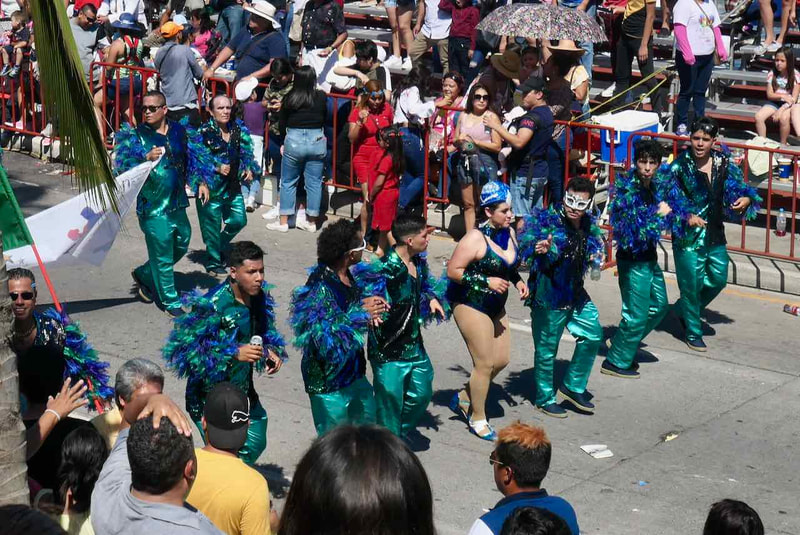 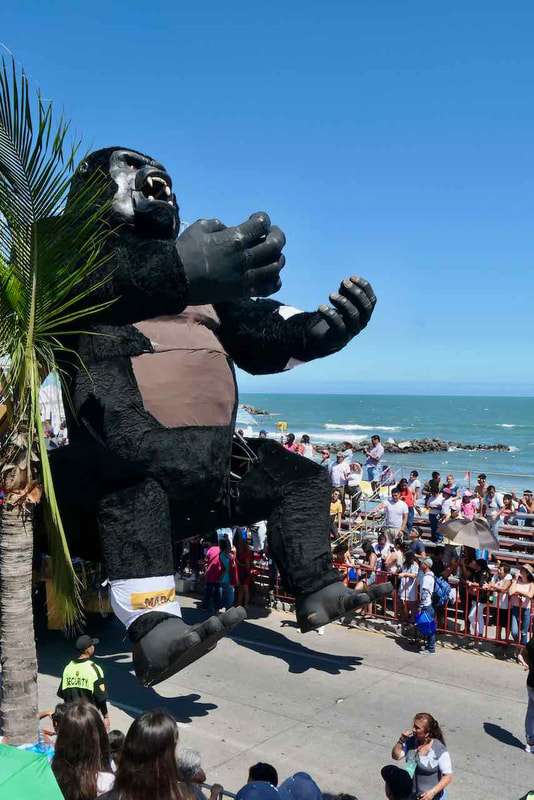 After a week, we moved to a hotel overlooking the zocalo in the centre of the old city. We were also closer to the port for when the truck was ready. 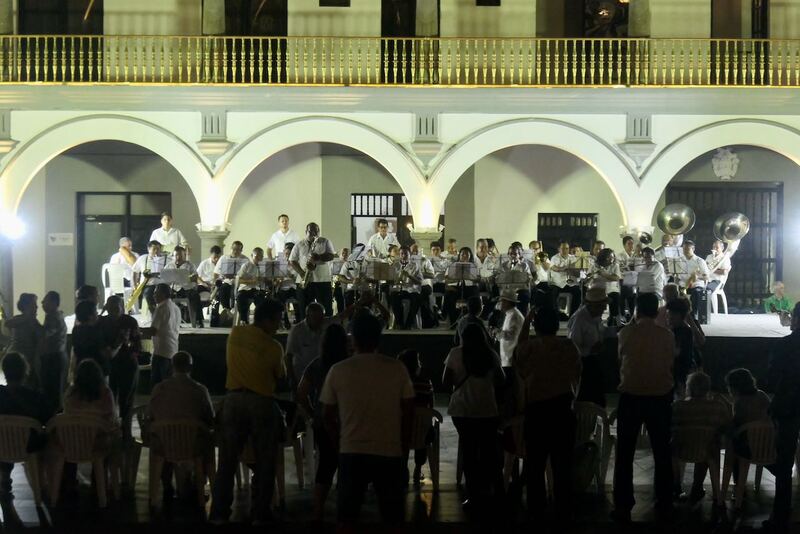 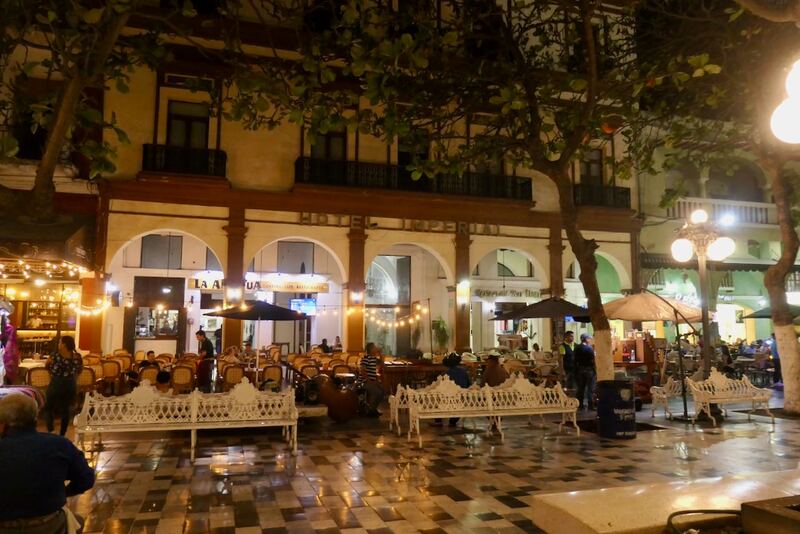 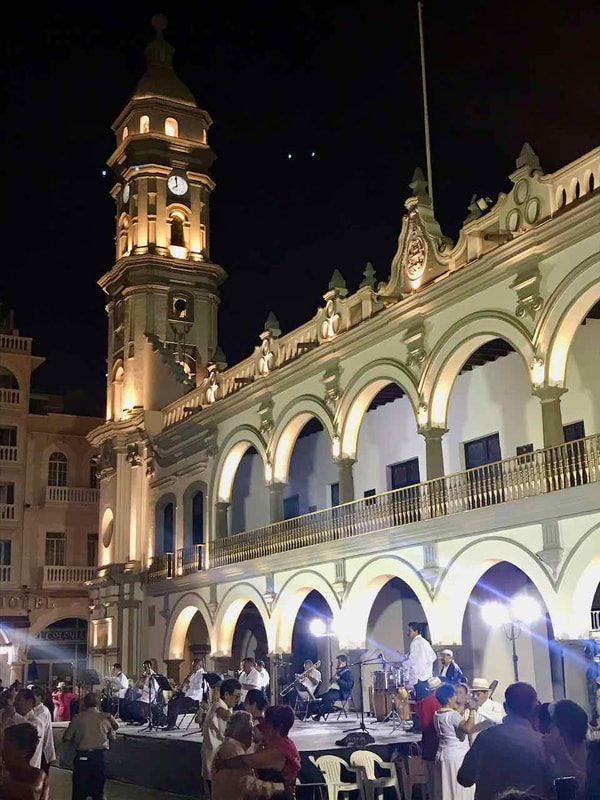 10, 11 March               Cholula
Finally we picked up the Bee which was as it had been before shipping - no damage and nothing stolen. Phew!
Some maintenance was due. One of the fuel tanks needed to be cleaned due to bad fuel or so we thought. The tank was actually rusting which is bad news.
Although the truck continues to run well, issues such as the fridge not working, rusting fuel tank/s and actuator problems with the roof are causing us to consider shipping the truck home. However there are further problems with doing that at this time and the corona virus is looking serious. A lot to think about.
We drove to Cholula where the Great Pyramid sits. Building of the temple pyramid started in 3 BC and was built in 4 stages finishing in 9 AD. It had a 450 metre square base  -  the largest known pyramid in the world. By the time the Spanish led by Cortes arrived in 1519 the pyramid was covered in earth and shrubs, appearing to be a hill, an excellent site to build a church which is what one sees first these days.
After working through options for our travel plans we decided to finish for now, store the Bee and make arrangements to return home four weeks earlier than planned. 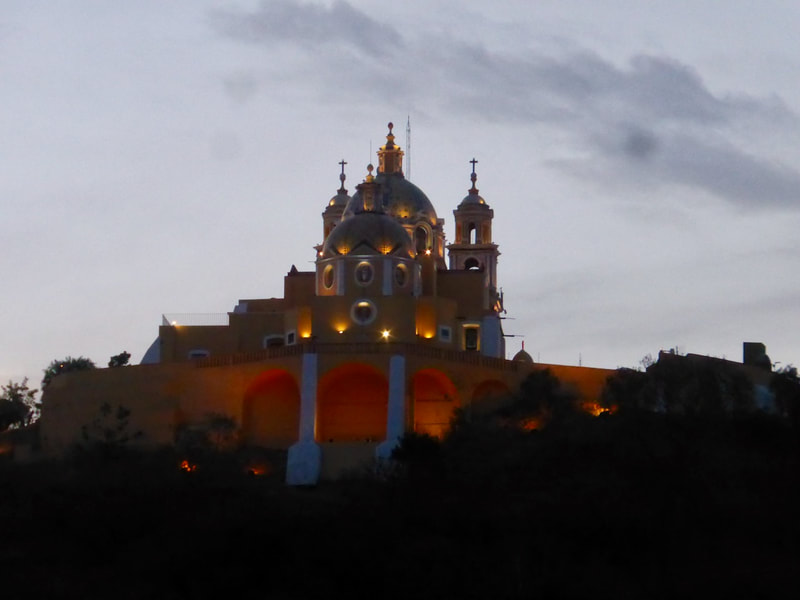 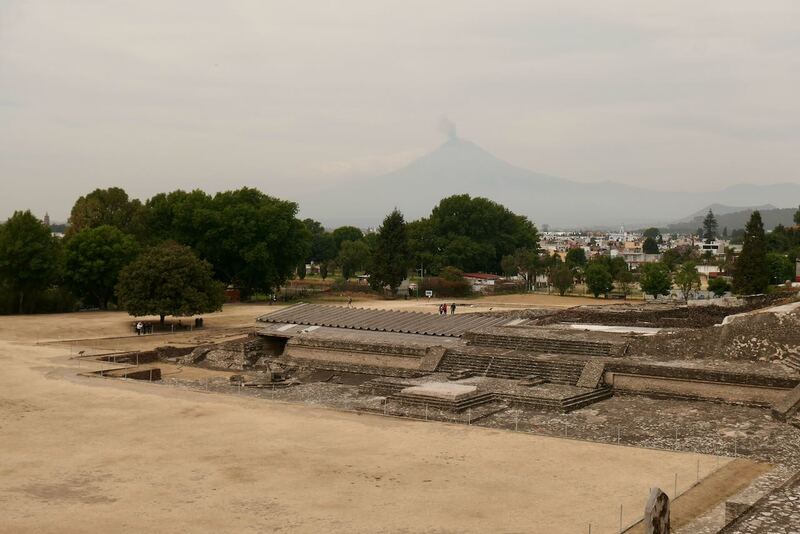 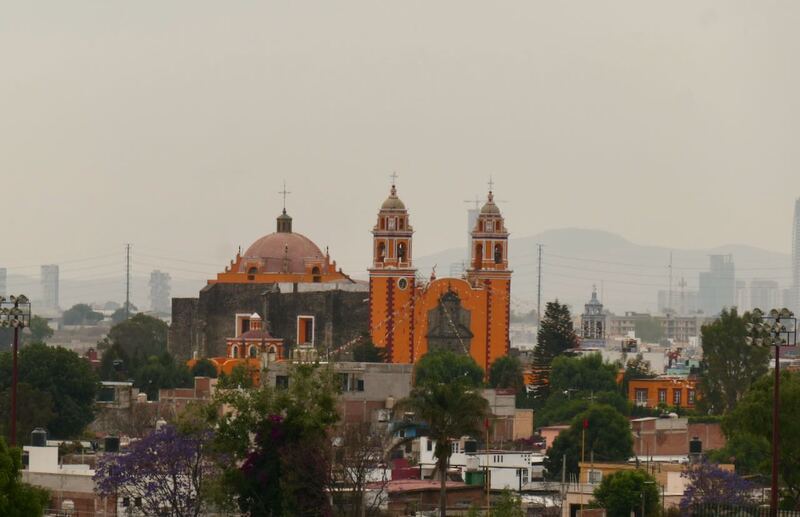 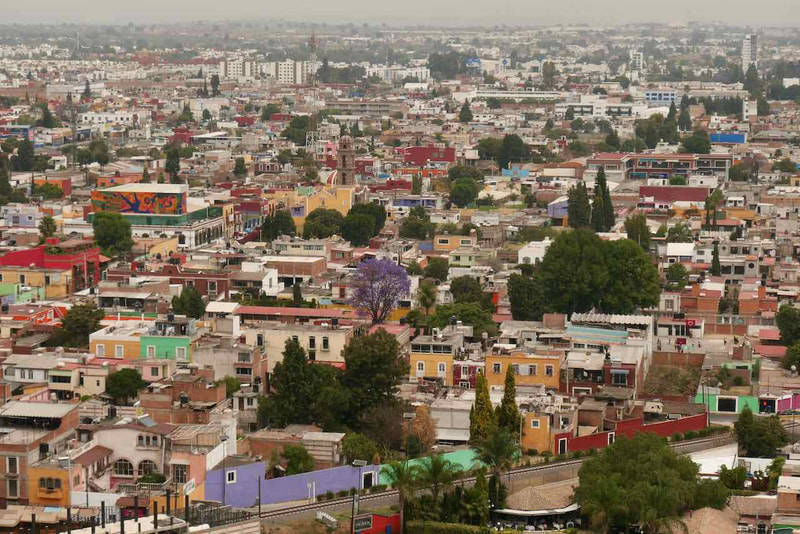 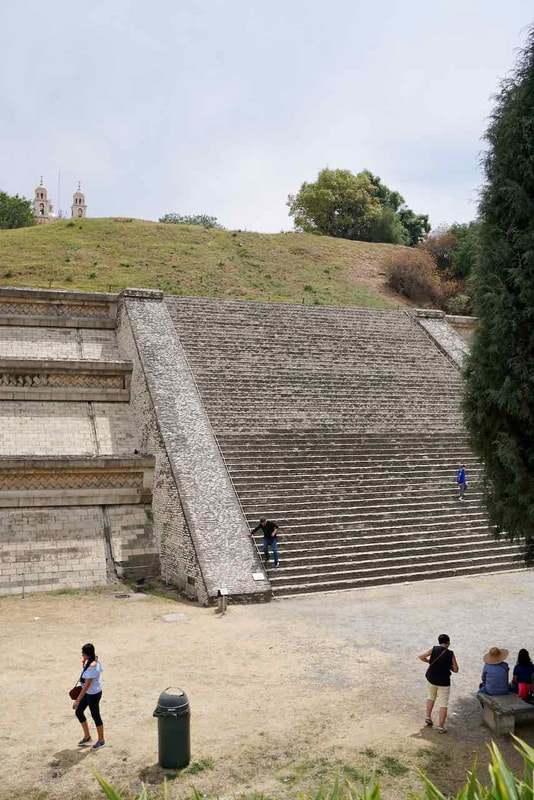 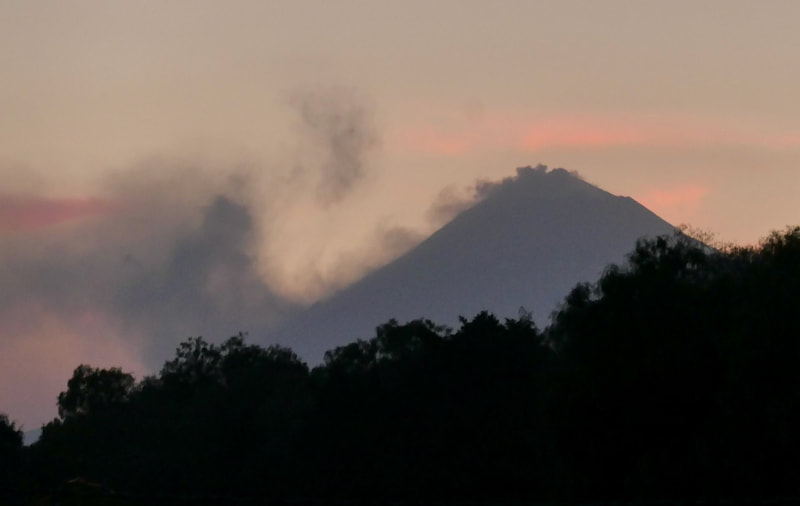 From one pyramid to another. But the UNESCO world heritage site of Teotihuacan, a mesoamerican city settled from 400BC has been excavated and restored. Much more impressive than I had expected, well presented and lots of people - no virus concerns here!
Teotihuacan was a powerful and influential city in the region by 400 A.D. But by the time the Aztecs found the city in the 1400s and named it Teotihuacan (meaning “the place where the gods were created”), the city had been abandoned for centuries. Teotihuacan’s origins, history, and culture largely remain a mystery.
​The city is arranged in a grid layout that covers about 20 kms² (8 miles²). It contains around 2,000 single-story apartment compounds, as well as various pyramids, plazas, temples and palaces of nobles and priests. The Temple of the Moon is at the northern end of the Avenue of the Dead and the Ciudadela is at the southern end. The massive Temple of the Sun stands in the middle. Even in the heat the area was very impressive to walk through and the pyramids were well worth the climb up the steep steps.
We stored the Bee and ubered to Mexico City (CDMC).
14, 15 March      Mexico City
This time in Mexico City we stayed near the tree lined Avenida de la Reforma and walked down to see the Chapultepec Castle before churros for afternoon tea.
Chapultepec Castle has been a Military Academy, Imperial residence, Presidential home, observatory, and presently, the National Museum of History. It is one of only two royal palaces in North America.
On Sunday we took a hop on, hop off bus with the main highlight being the Frida Kahlo House/Museum - Casa Azul.
​Good weather, excellent sightseeing.
Casa Azul was Frida Kahlo's birthplace, the home where she grew up, lived with her husband Diego Rivera for a number of years, and where she later died in a room on the upper floor. Interesting place to visit but book ahead or queue for an hour or two. 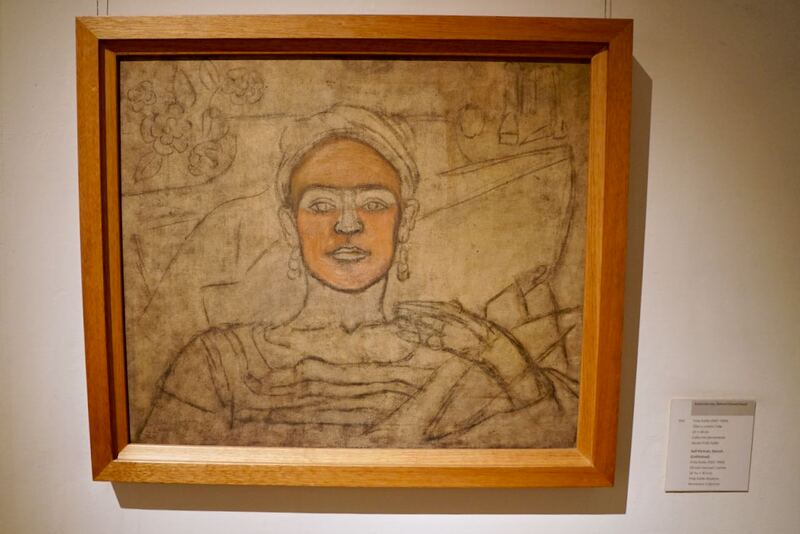 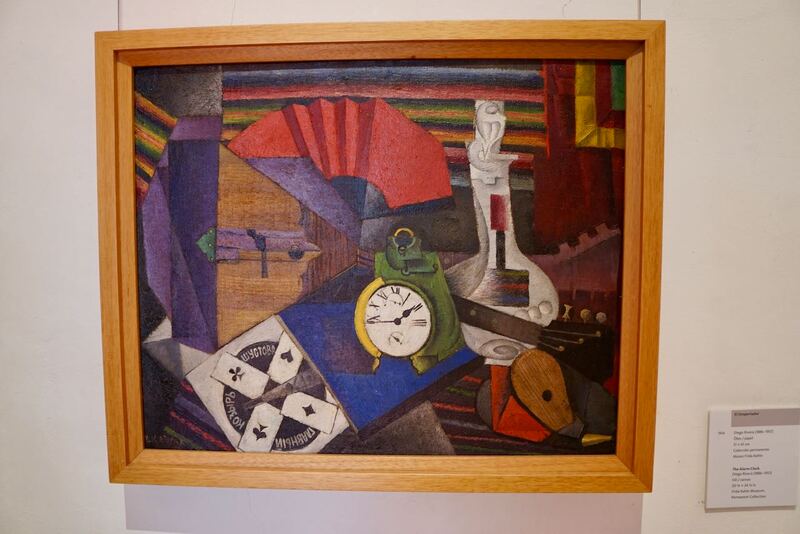 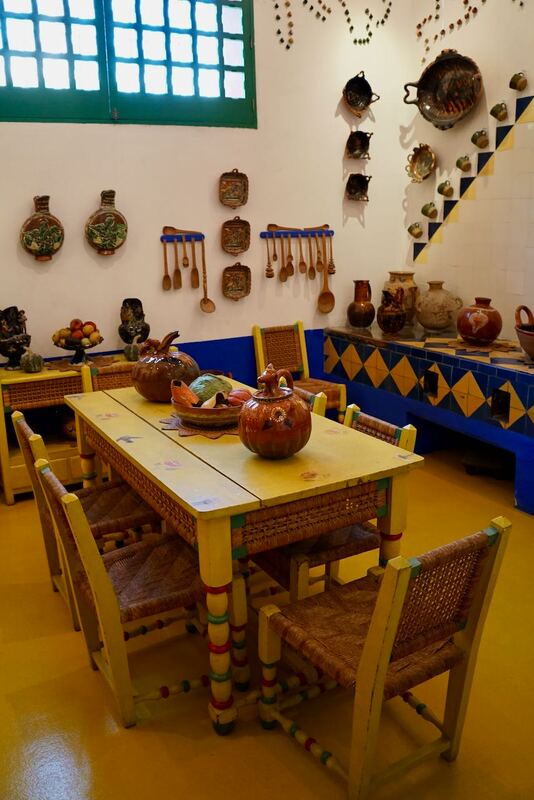 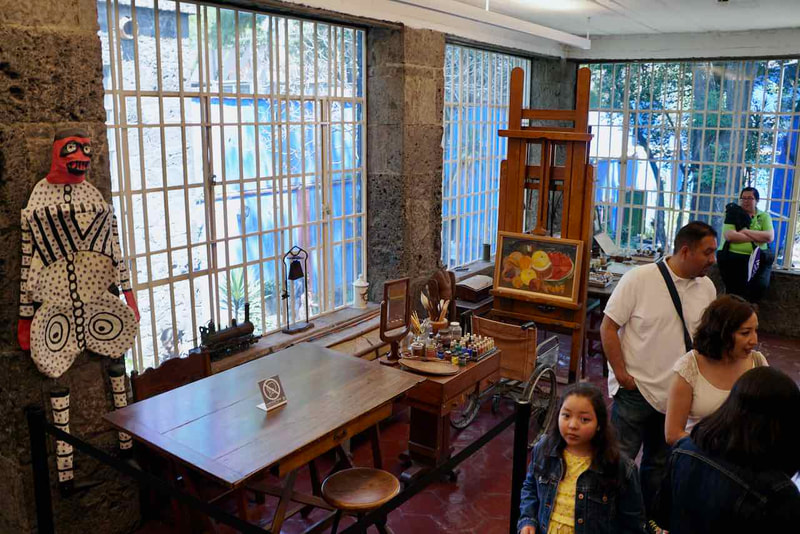 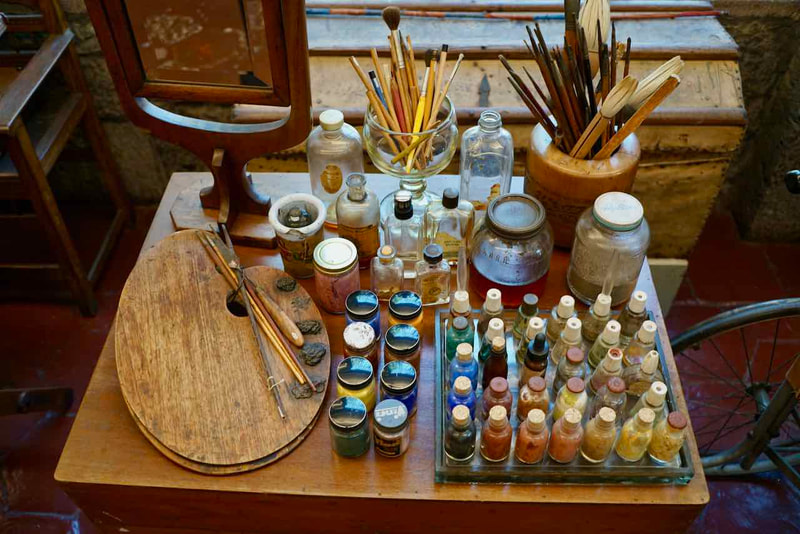 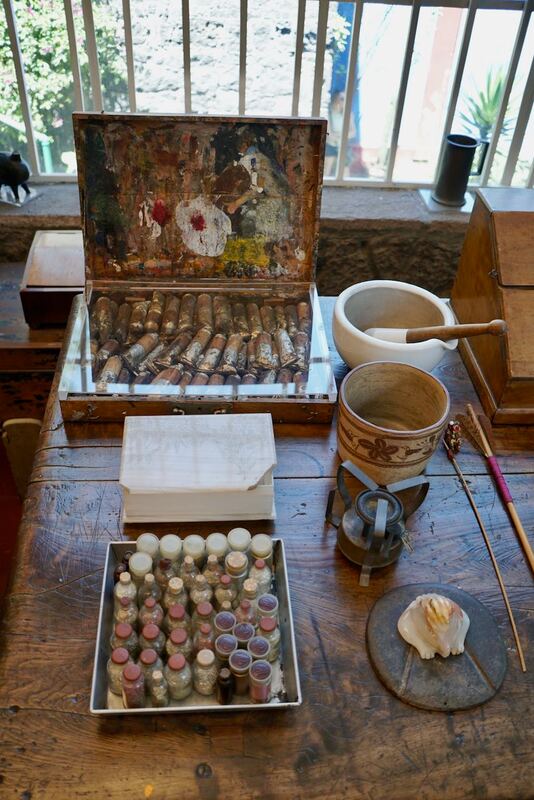 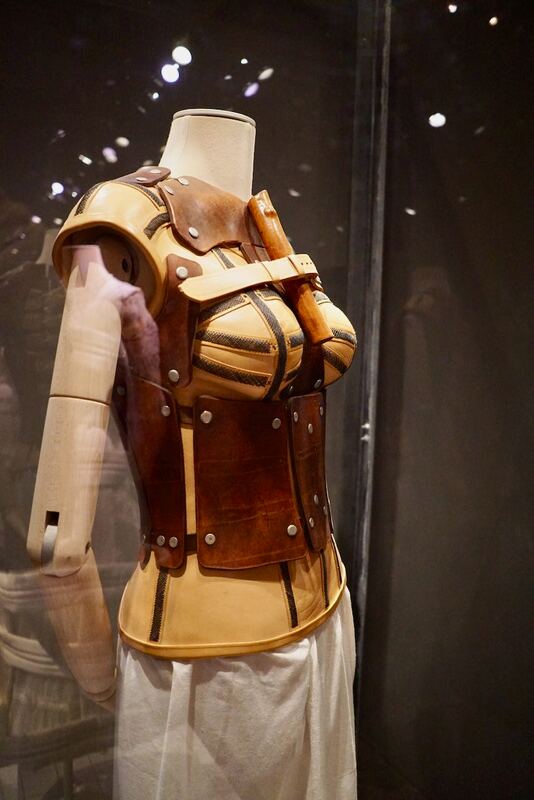 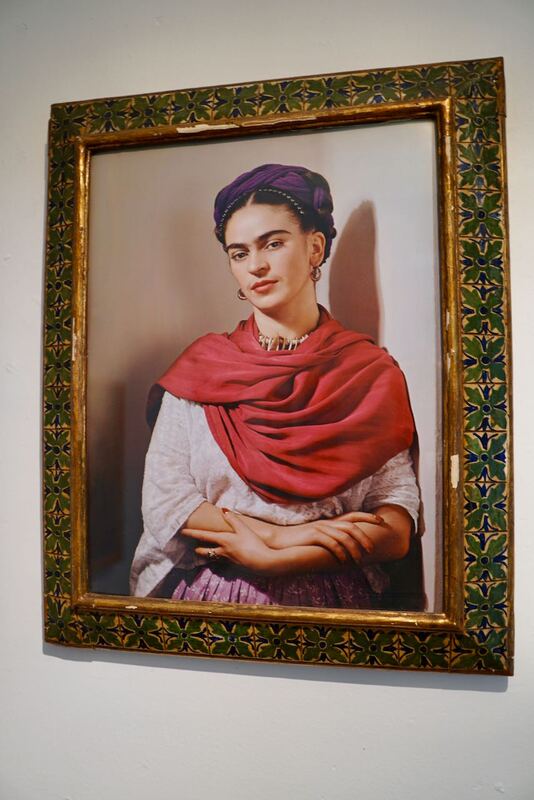 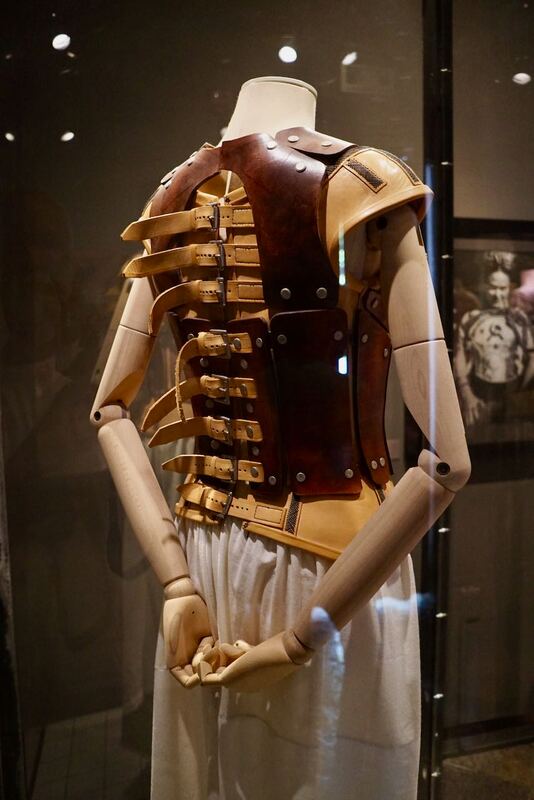 16 March
We departed Mexico City and flew back to Australia via Los Angeles, arriving home on March 18 to two weeks self - isolation, but we were home and the Bee is safe in Mexico. 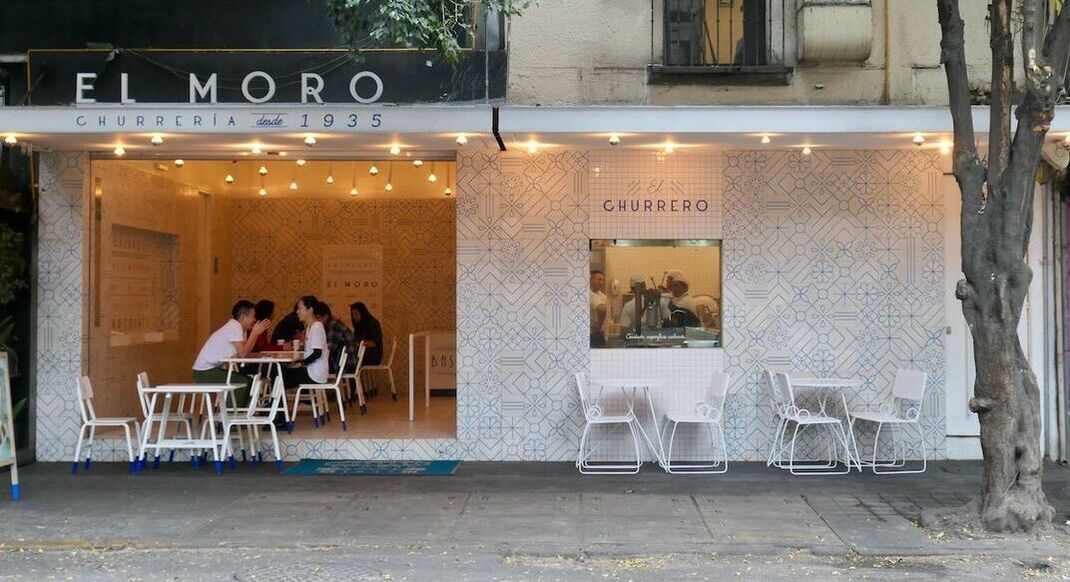