24, 25, 26 May 2017
A taxi was already waiting to take us to our hotel in Panama City. No money changing required as US dollars are the currency here and they were also acceptable currency in Costa Rica.
There were only two full days to enjoy Panama City.
The first day was spent walking along the waters edge and next to the Avenida Balboa, passing the marina and the fish market on our way to the old Spanish quarter where the administrational Presidential Palace is. 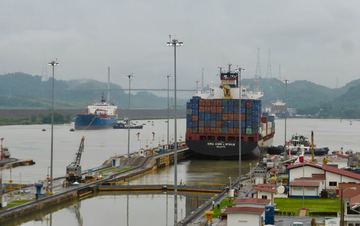 Ship sailing into Miraflores lake from the locks closest to us.
And the next day the Panama Canal was top on our list as we set off for the viewing point at Miraflores. In the Miraflores locks, vessels are lifted or lowered 16.5m in two stages. If moving to the Atlantic they then sail east into Miraflores Lake and further upstream are the Pedro Miguel Locks. On the Atlantic side are the Gatun Locks. Ships travel from the Pacific eastbound until about 11am at the Miraflores Locks and then westbound ships use the locks to go to the Pacific. The museum was very informative with an excellent simulator and a room set up to show the view from the bridge of a ship going through the Miraflores Locks. A new parallel third set of locks has been built to allow ships 50% wider and longer through. There are still only cms between the ship and the sides of the lock. The new locks completed last year use tugs to position the vessels instead of electric locomotives and they have rolling gates instead of mitre gates.
The cost for the large ships to transit through the canal is $1 000 000 which is lot cheaper and quicker than sailing around South America. 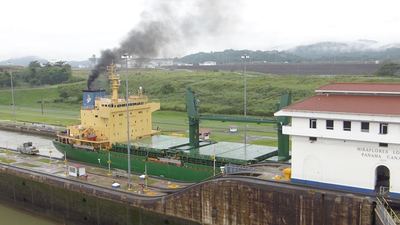 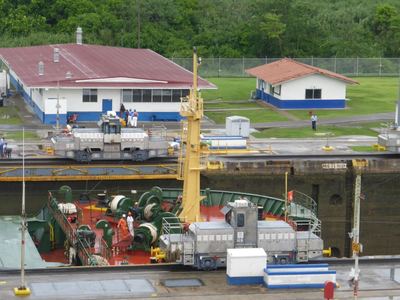 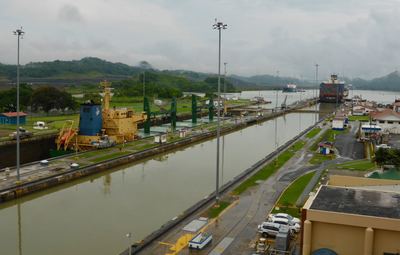 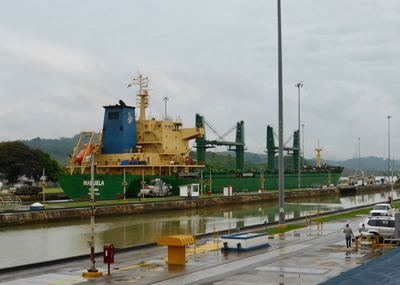 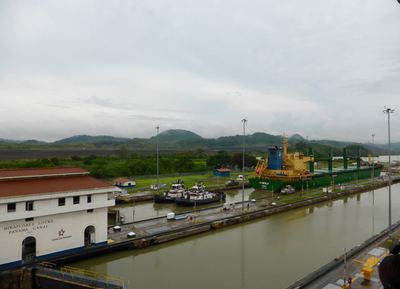 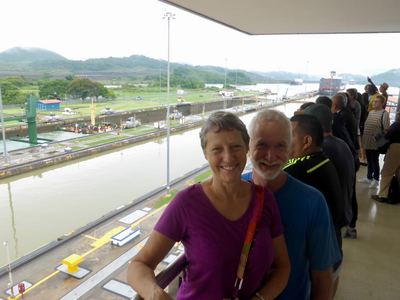 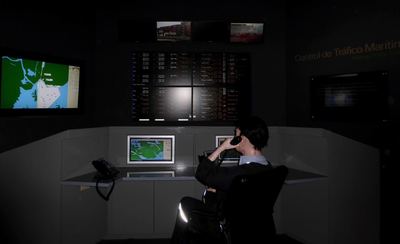 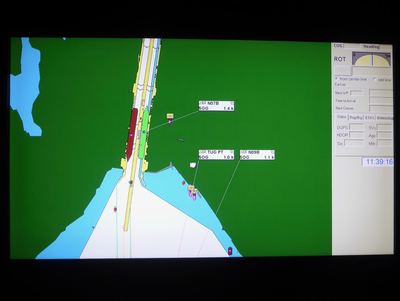 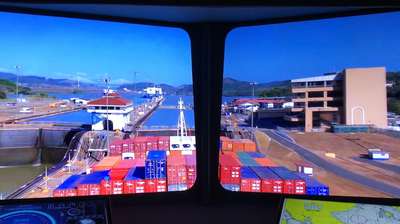 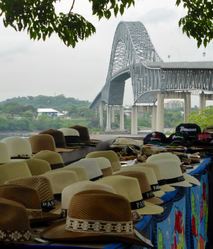 Bridge of the Americas between two continents.
The Canal Zone five miles either side of the Canal was US property with tens of thousands of Americans living there. Panamanians were not allowed to live in that part of their country and they were poor second class citizens. The agreement of 1903 was seen as unfair and tensions rose until in January 1964 there were riots after an incident with a flag. It took a further 13 years before a new agreement was reached in 1977 for the US to hand over control of the zone to Panama at the end of 1999.
After the canal we crossed the Bridge of the Americas and then returned to see the Frank Gehry designed Biomuseum.
The Biomuseum has not been open long and it is still expanding. There was a geological history of the region as well as a history of animals from the two Americas and the importance of Panama as a land bridge for them. 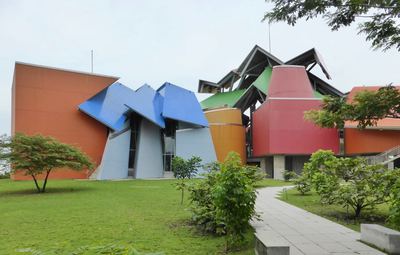 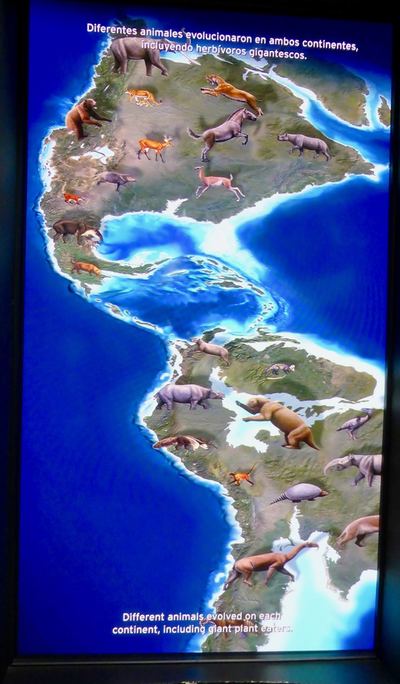 And finally to Ancon Hill where we had a clear view over Panama City, old and new. But the scene stealers were this agouti and a green poison dart frog we saw in the grass. The frog was so shiny and colourful it looked like a plastic toy.
27 May
Up early for our flight to Quito, Ecuador.