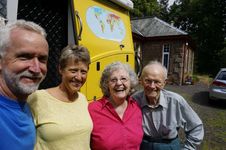 Catching up with friends near Moffat.
29, 30 July 2014
Arrived on time in Newcastle after a very smooth trip across from Holland. We drove to Moffat to visit friends and then well east of Glasgow as the Commonwealth Games were on.
Headed west towards Uig on the Isle of Skye in overcast weather. 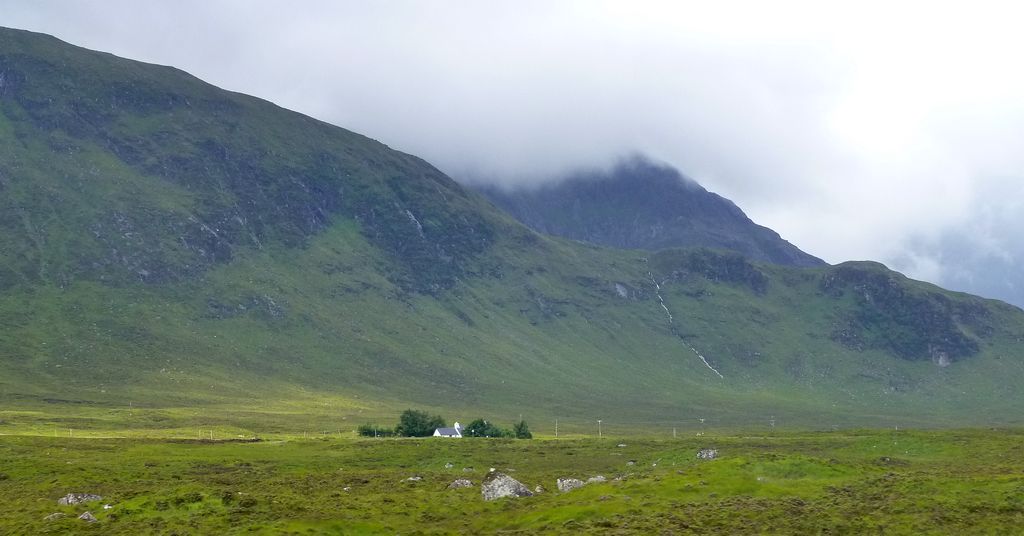 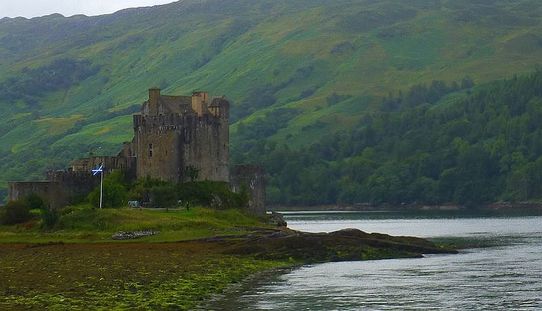 Eilean Donan Castle on the way to Uig, Isle of Skye.
31 July
Another ferry trip but this was less than 2 hours as we sailed across to Tarbert on the Isle of Harris, Outer Hebrides of Scotland. We stayed with Fiona at her house on Northton. 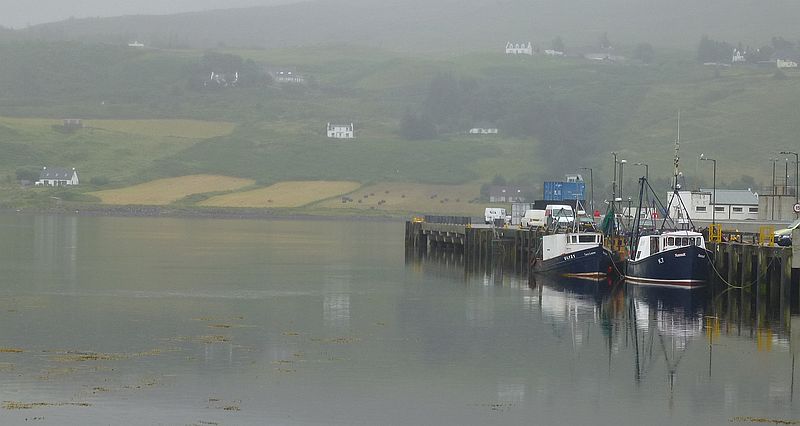 Uig in the morning mist.
1, 2, 3 August
Enjoyed great Scottish hospitality, all kinds of weather, walks along sandy beaches and the machar, meeting the local woolly highland cows (pronounced he-land coos) and black faced sheep and catching brown trout in Loch Langavat as well as lots of lazy time. Sunday is observed as a day of rest. Thankfully the washing was done and dry.

4 August
Time to leave Harris and the Outer Hebrides. We drove north on the single lane road shared with sleeping sheep to the early morning ferry at Tarbert. Back to the Isle of Skye and east to Fort Augustus and Loch Ness.

Uig, Isle of Skye.
Big Remembrance Day ceremony in Glasgow marking 100 years since the Great War began. We were travelling well north of Glasgow along Loch Ness (no Nessie sightings) after a brief stop in Fort William at the end of the Caledonian Canal. We passed Drumnadrochit (love the sound of that place) where the Loch Ness Centre is and camped in the forest beside another picturesque, steep-sided loch.
7, 8 August
We found a nice campground in Pilochry and decided to stay and enjoy the good weather before my departure. 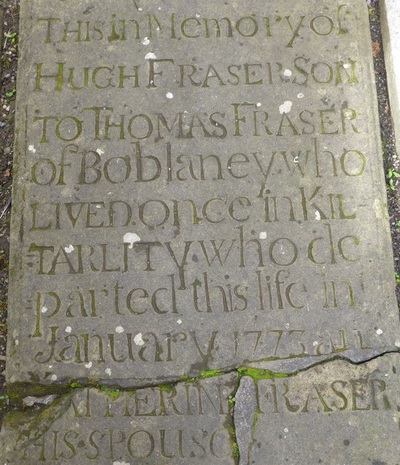 Gravestone in the Beauly Priory 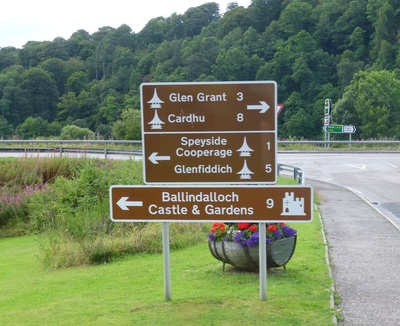 Distilleries in every direction 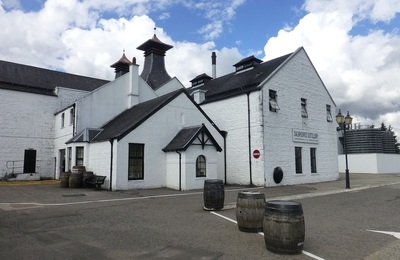 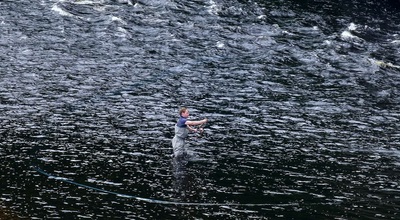 Flyfishing on the Spey 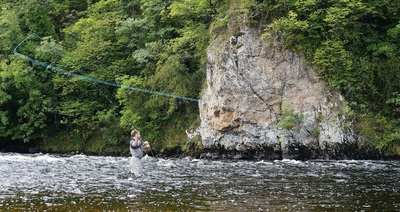 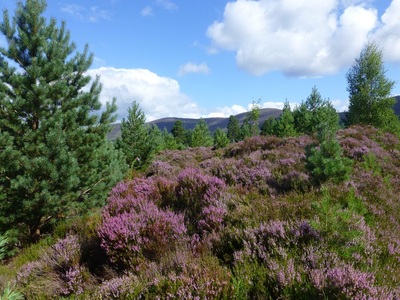 Heather in the Glenmore Forest Park 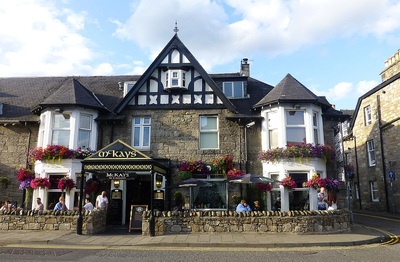 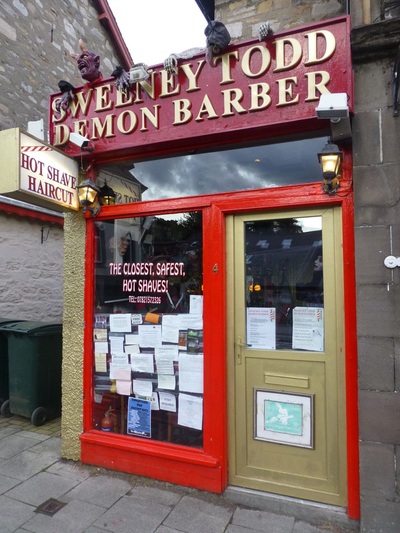 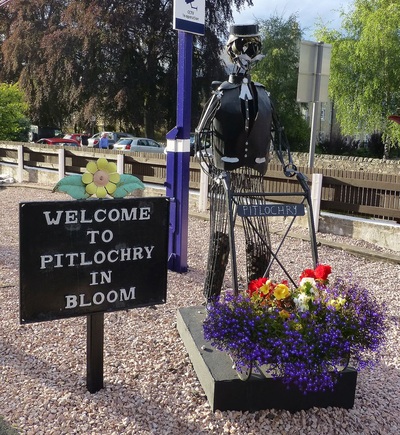 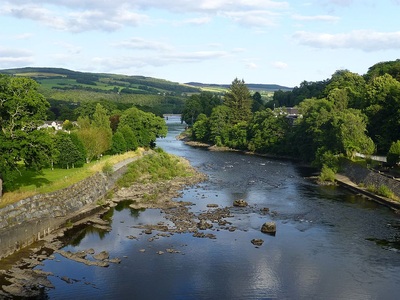 The River Tummel at Pitlochry 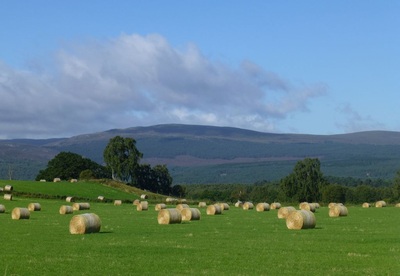 9 August
My last day in Scotland before returning home. We set off for Glasgow passing Stirling Castle along the way. Guy dropped me at the airport in the afternoon for my flight home while he stayed behind to have repairs done on the truck.

10, 11, 12 August
Guy continued his travels south through some wild and windy weather from the tail end of a hurricane to an Isuzu Truck centre in Carlisle, northern England. A few days spent here having a major service done and several problems seen to...with mixed success. The DPD exhaust filter, the spare wheel which Barb had lent to us after we lost ours in the crash had to be chained up under the back (it had been strapped up), the airbag light which had been coming on intermittently since Mongolia all needed work. Unfortunately wrong oil put in the rear LSD diff and 200 kms down the road towards the Lakes District it's clear that the exhaust filter has not been fixed. 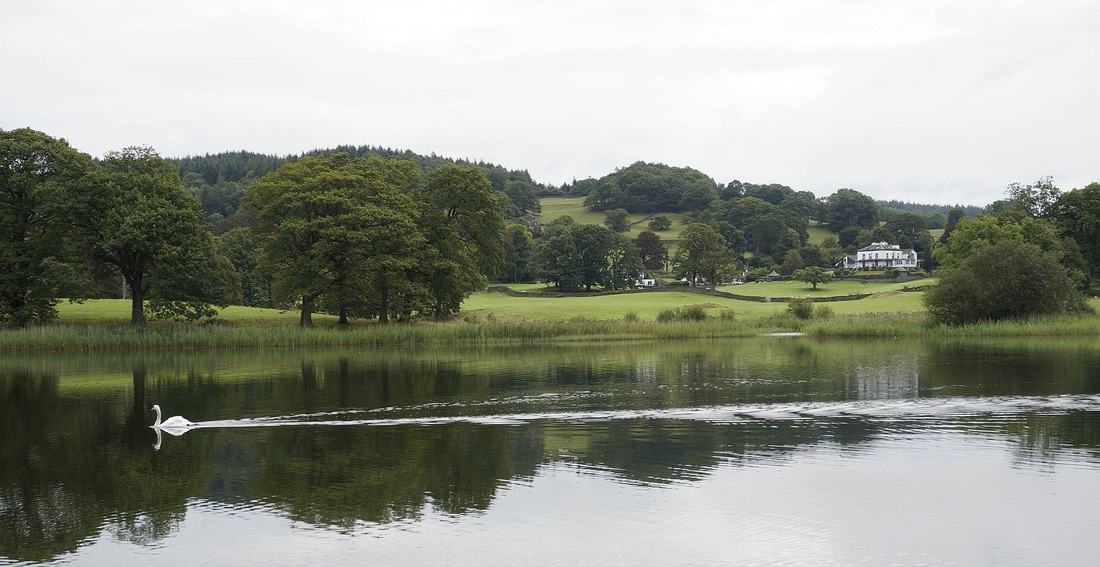 15 - 18 August
Next headed down to Stratford-upon-Avon to check out the old establishment (and search for LSD additive for the diff) before driving on to Oxford. Found Oxford to be a charming and attractive city full of grand sandstone college buildings and manicured lawns.
19 - 24 August
Into London to see the sights, and try to finally get the exhaust filter cleaned out. By chance I end up at one of the oldest Isuzu workshops in the UK, DT Trucks in Barking....the mechanics are wondering what I'm doing in Barking! Spent the night camped inside the razor wire in the workshop compound.
22, 23, 24 August
On Friday I met my brother Lee and his partner Maryanne at Heathrow to collect a pair of replacement truck springs and head out of London with the rest of the population for Bank Holiday week-end....but still no joy with the exhaust and it's back to DT Trucks on Saturday morning for more work.
I found a great campground at Abbey Wood Camping and started the packing but this driver has run out of steam and everything takes longer than it should...in the constant drizzle.

DT Trucks in Barking
25 August
Truck handover to Lee, still in the constant rain, and after a  short hair raising test drive I hand over the keys and go looking for accommodation. No more driving for now. Lee will take the truck back to Raab for winter.
26, 27 August
Sunshine at last and off to explore London by subway, the British Museum, trendy Soho, Buckingham Palace, Picadilly Circus and all the rest of the Monopoly names...
A good night's sleep, a haircut and a few pints of ale later it's boarding time with Singapore Airlines and homeward bound. 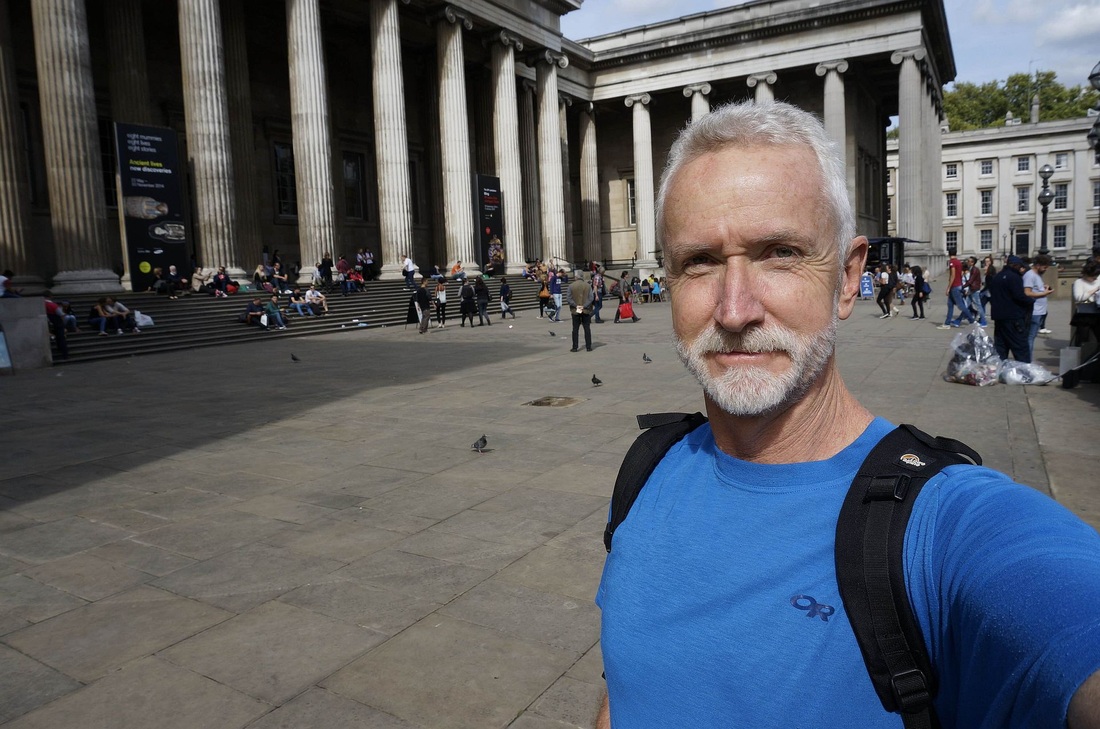 Until next year, it's good-bye from Guy.