22 June 2015
We drove around towards Trieste with magnificent views of the Adriatic and then into south western Slovenia to see the Skocjan Caves and Predjama Castle.
We camped in the lush countryside not far from the caves. 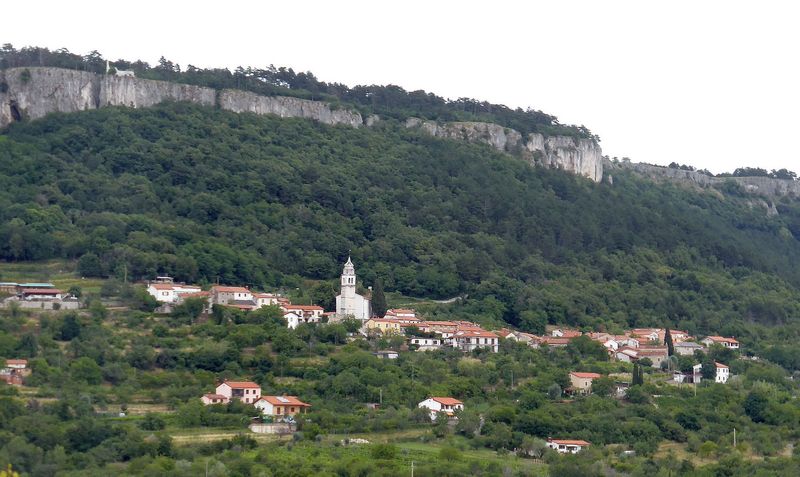 Slovenian countryside east of Trieste.
23 June
We arrived at the caves at 9.30 for the 10am tour and were surprised to see so many others there. And then about 50 school children turned up as well. Fortunately they weren't english speaking and went in a different group.
Although the caves have some stalactites and stalagmites they are amazing for their sheer size and the rushing Reka River which goes underground in the Karst country here and surfaces 34 kms away in Italy. 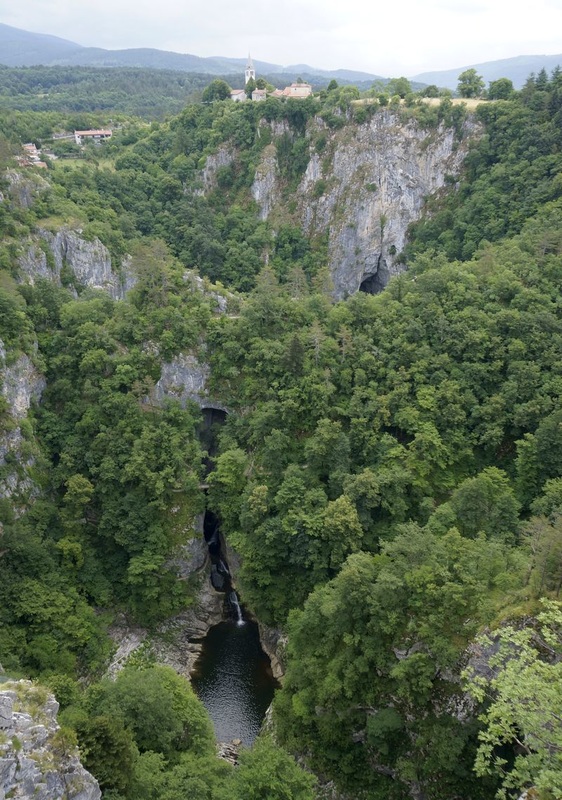 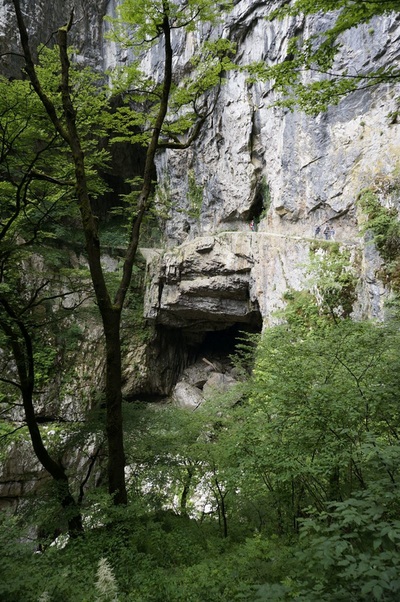 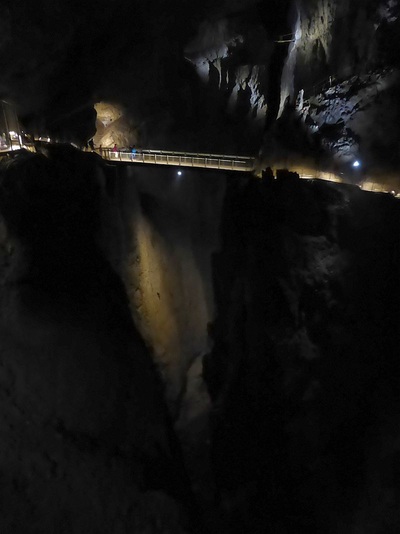 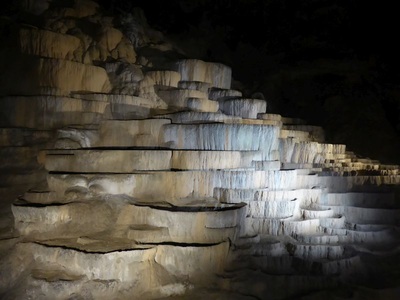 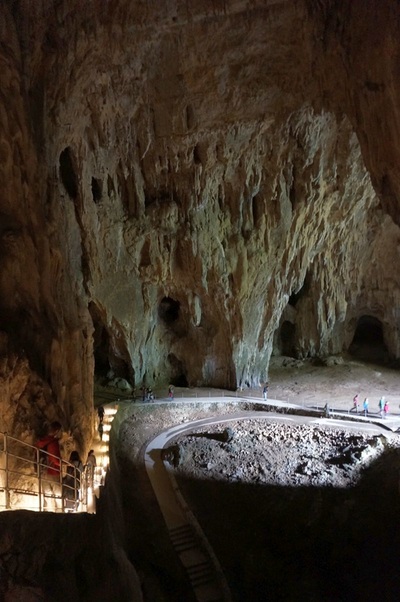 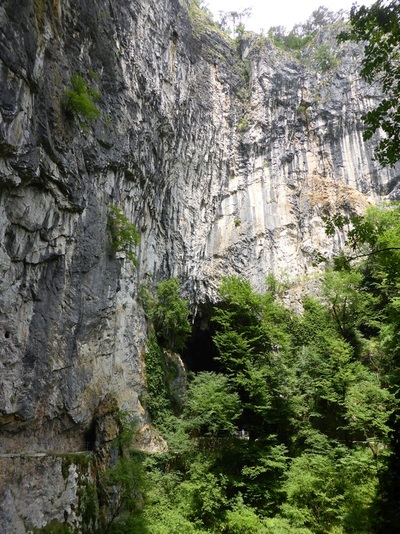 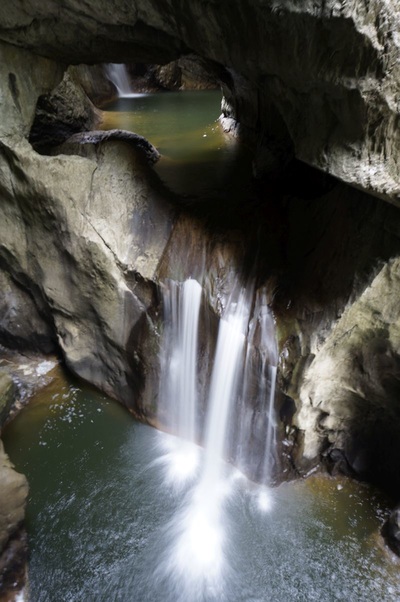 It started raining as we drove from the caves to Predjama Castle which is built in a cave mouth in the side of a mountain. This made it hard to attack although there was a secret tunnel out the back somewhere. 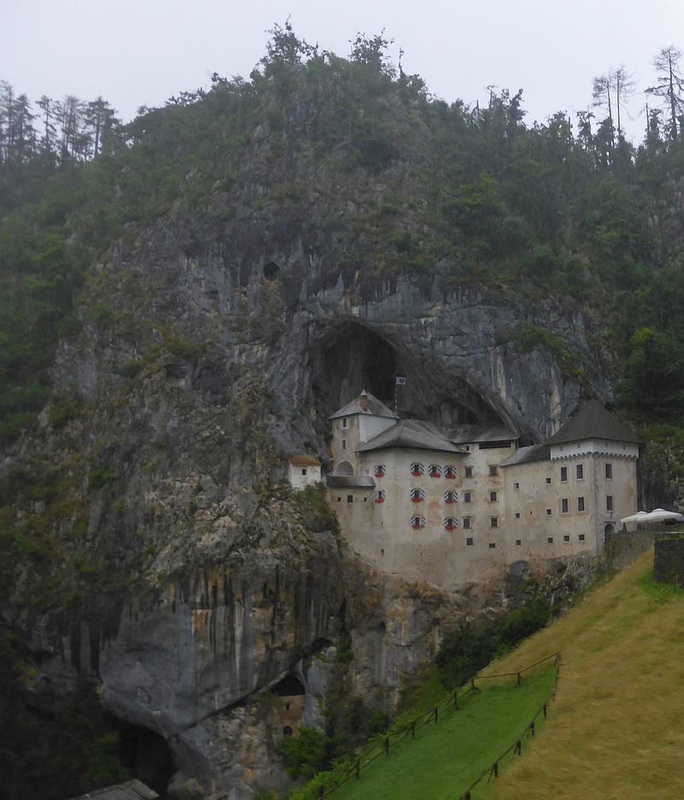 Predjama Castle built within a cave mouth, next to a vertical cliff making access very difficult. The castle as it is now was built in 1570. 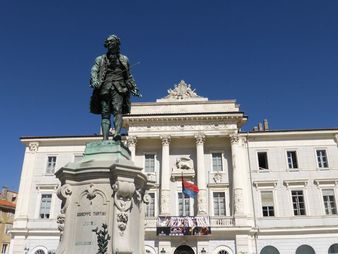 Monument to Giuseppe Tartini, violinist and composer.
24 June
Back on the coast again at Piran. There was a very blustery storm last night but we were fine despite our exposed camp on the waterfront at the local boat club.
The water is a very inviting blue green colour although a bit cold. We cycled into Piran for a look around before driving on to Croatia where our next point of interest is the Plitvice Lakes.
We will return to Slovenia in a few weeks on our return to Austria. 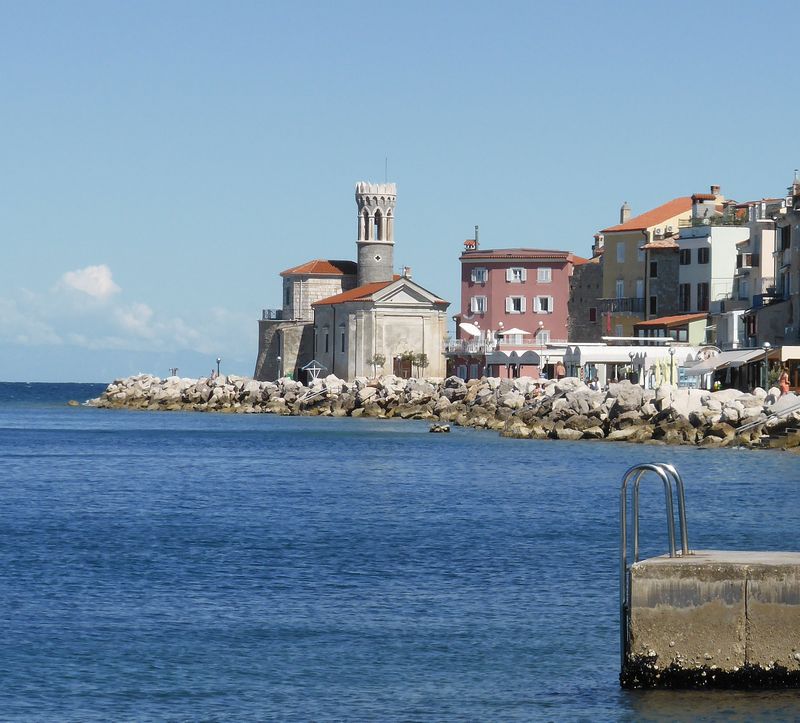