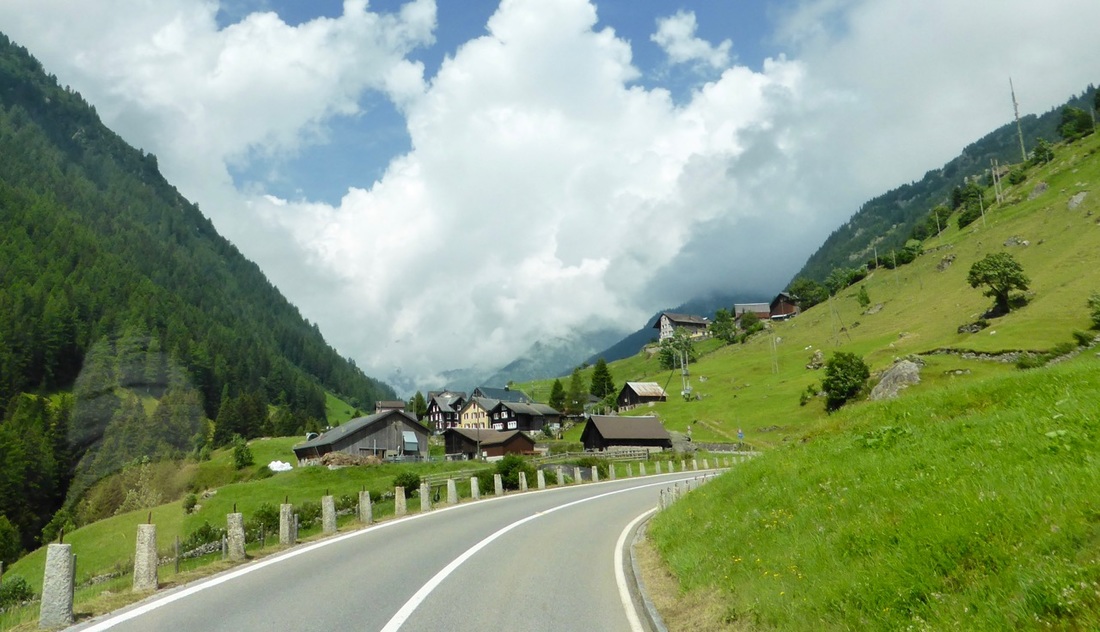 We never tire of Switzerlands beautiful scenery
27 July - 1 August 2016       Kaufdorf
We crossed the border into Switzerland near Lake Como, continued north through the 16 km Gotthard Tunnel before turning west and passing over Sussten Pass. The scenery was stunning with snow and glaciers visible above the lush green valleys so we decided to have a short break at Sussten Pass. The cloud rolled in, visibility dropped to 20m and we waited another hour for a small storm cell to pass . The scenery was just as stunning as we zig-zagged our way down from the pass. 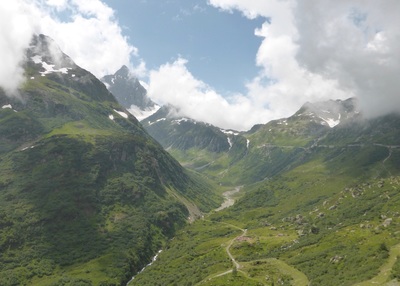 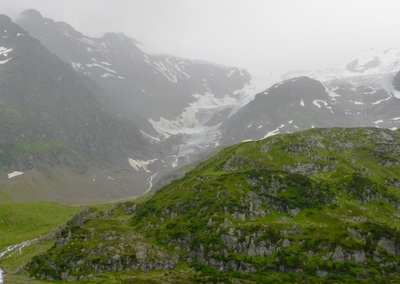 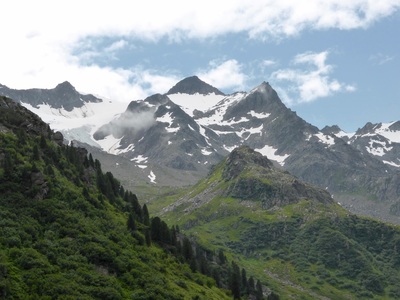 We drove on to Kaufdorf to spend time with Jana, Jerry and Eleanor. Georgina was away enjoying sunny Thailand.
We spent the next few days relaxing, enjoying the view, warm weather and hospitality. We did venture into Bern where we saw many people jumping into the fast flowing River Aare and floating down towards a weir with warning signs to get out. This is all done at one's own risk; no supervision or control. Refreshing really. I had also been swimming at a local pool where diving off the 5m board was not controlled other than by signs which people heeded. There was a person watching from on the ground nearby, a lifeguard I guessed, but he was not at the top of the tower to control when/how people jumped.
Next day ventured a bike ride to Lake Thun through green valleys and forest, all on dedicated cycle tracks. Hundreds of other cyclists were out enjoying the beautiful weather on Swiss National Day. Returning by train and we celebrated Jerry's birthday with cake on the terrace, the snow capped Eiger visible in the distance. That evening we headed to Thun again to enjoy a lake cruise with dinner and fireworks for Swiss National Day. 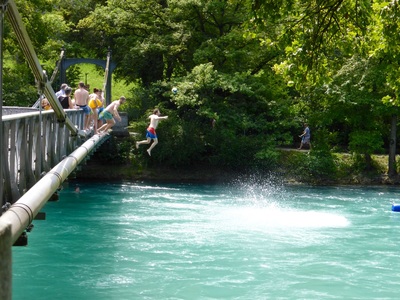 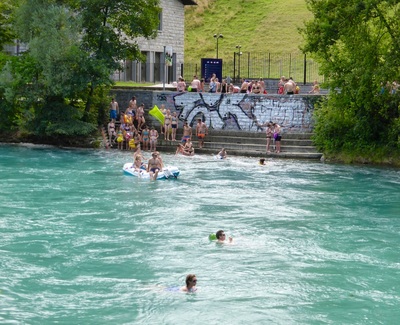 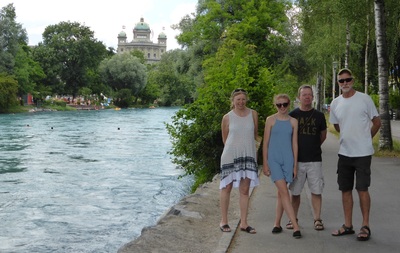 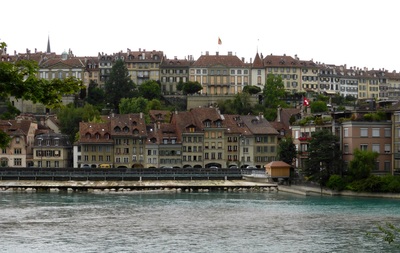 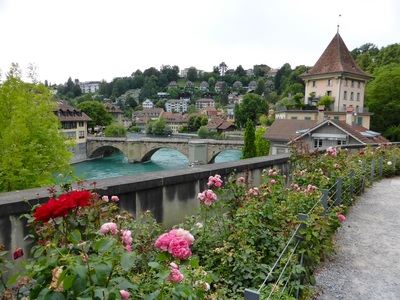 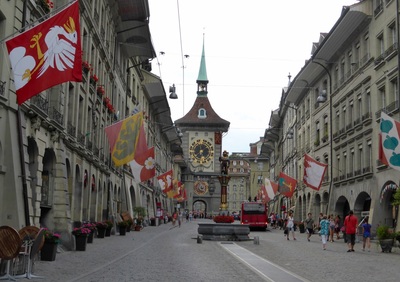 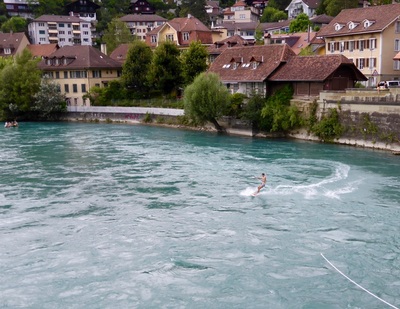 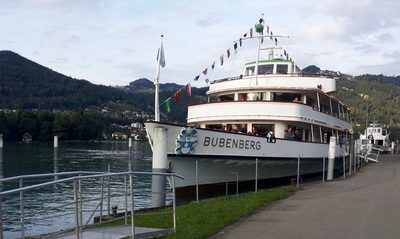 2 August
No more luxury for us. We departed for Germany where we had the truck serviced at Freiburg, and enjoyed an overnight stay in the workshop compound before moving on to France. 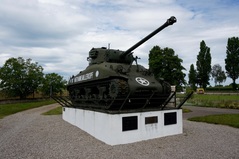 Sherman tank at Marckolsheim.
3 August
Crossed into France and stopped for lunch at the Casemate de Marckolsheim Sud, a Maginot Line fortification from the Second World War.
Drove another 2 hours and camped at Luneville on the edge of the grounds of the Chateau de Luneville.
As we were returning from dinner we noticed a crowd of people near the fountain in the castle grounds. We wandered over and at 10.15 pm a very well done sound and light show started around the dancing fountains and contiued for abot 20 minutes - very pleasant way to end the day. 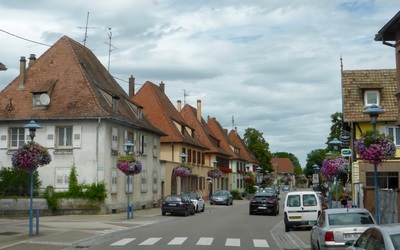 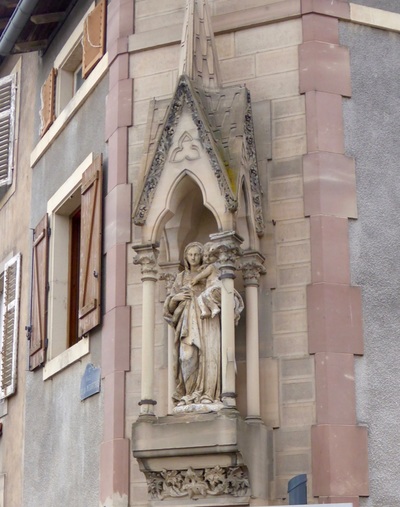 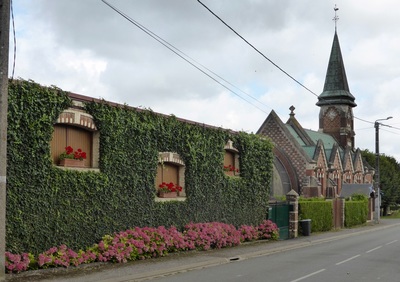 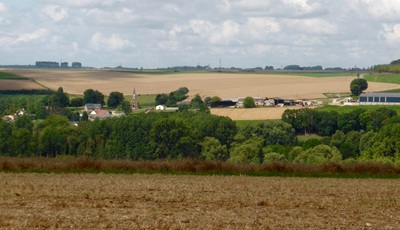 4 August
We covered 420 kms towards Poziers and WW1 sites in northern France. Camped at Authuille.
​
5, 6 August   The Somme
Our first stop was at the nearby Thiepval Memorial to the Missing of the Somme. This is a memorial to the 72,195 missing British and South African men who died in the Battles of the Somme with no known grave.
There are signposts to many battle sights, cemeteries and memorials to different country's various divisions. We saw the Ulster Tower Memorial, then the 1st Australian Division Memorial (WW1) and the 2nd Australian Division Memorial (The Windmill) where 23,000 casualties were suffered by the Australian Imperial Force between 23 July and 4 September 1916 - 100 years ago. Now 7000 small white crosses in memory of the soldiers killed are staked into the fields in the shape of the Army Rising Sun above the sight of the Battle of Pozieres. 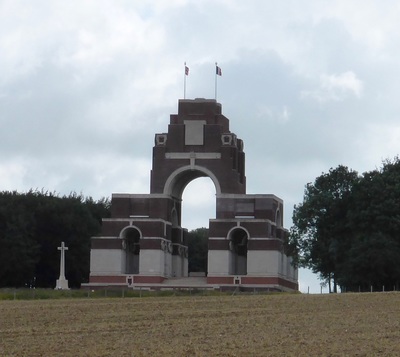 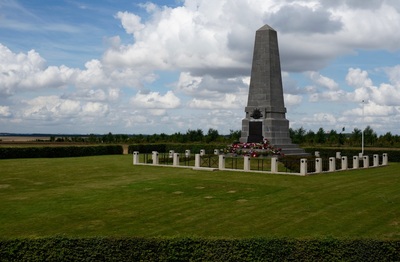 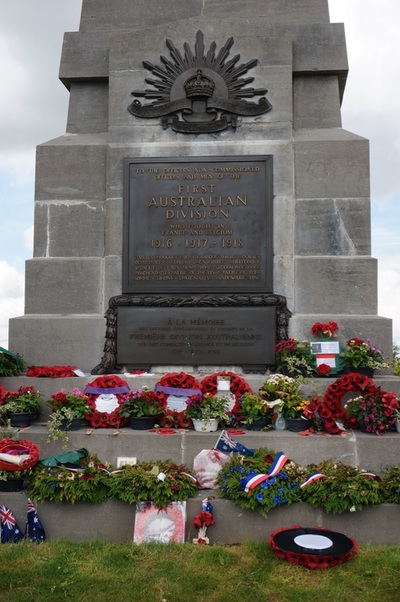 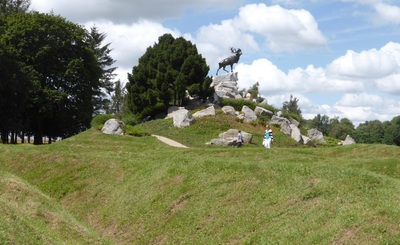 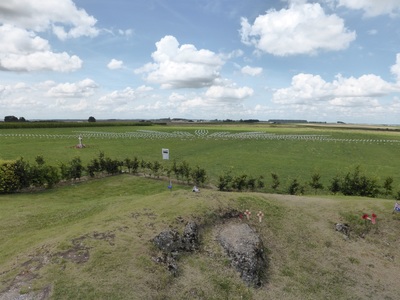 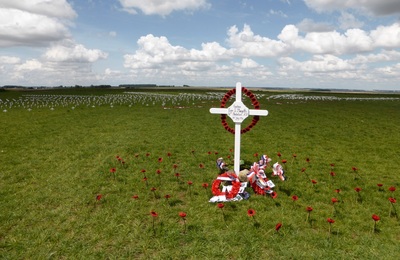 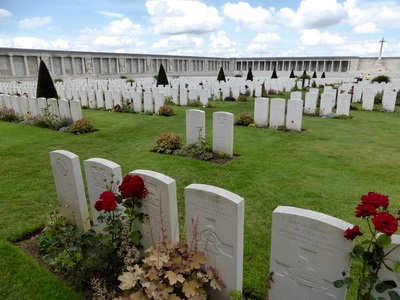 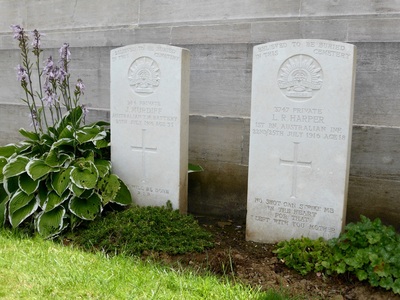 And to end the day we went through Les Jardins de Sericourt - an inspiring large garden with a lot of variety and imagination even though there was no tropical colour. We enjoyed it very much.
​Feast your eyes Pat and Marilyn! 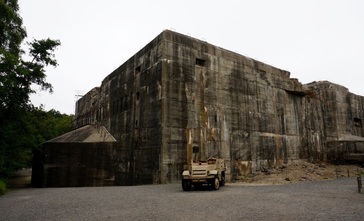 Le Blockhaus
7 August
After a day off spent relaxing in some beautiful summer weather we headed off to Le Blockhaus d'Eperlecques. The bunker from WWII, built by Nazi Germany between March 1943 and July 1944, was originally intended to be a V2 rocket assembly and launching site. The facility would have incorporated a liquid oxygen factory and a bomb-proof train station to allow missiles and supplies to be delivered from production facilities in Germany. It was constructed using the labour of thousands of prisoners of war and forcibly conscripted workers used as slave labourers. As a result of the repeated bombing by the Allied Forces the bunker was damaged and unusable for its original purpose although part of the bunker was subsequently completed for use as a liquid oxygen factory. 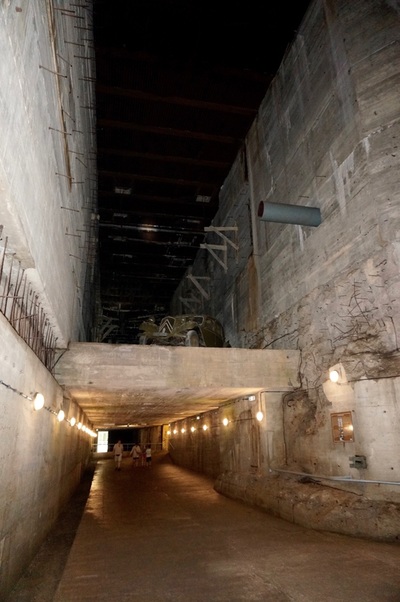 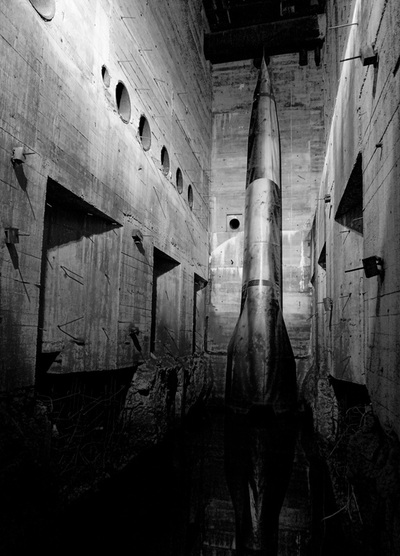 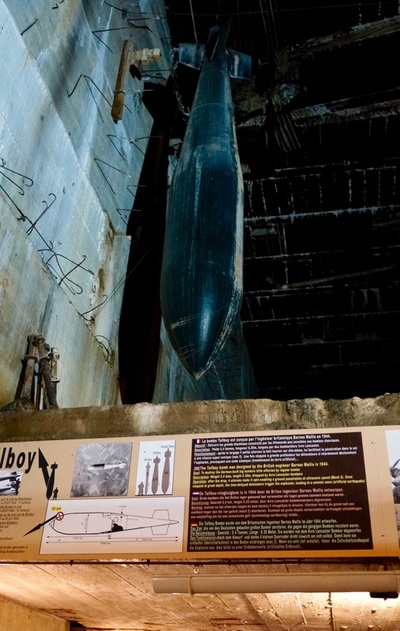 We crossed in to Belgium to see the Menin Gate at Ypres.